I will be ON THE TRAIN from 10:35PM Monday the 18th of February until 7AM Wednesday the 20th of February 2013 .. as I travel South from New Delhi to Chennai .. I wanted to refresh your memories as to traveling on the trains.  While aboard the train I will NOT have internet access !  So I thought I would try to do a 'Future' Post now on Monday Evening the 18th to post tomorrow Tuesday the 19th of February.  Let's see IF I am able to pull this off !

This is what a typical train platform looks like when traveling by train in India.. you can see the man with fruit in a basket on his head and the coach most closely to you on the right is a Second A.C. coach.. you can see that it has sealed windows because it is Air Conditioned.. 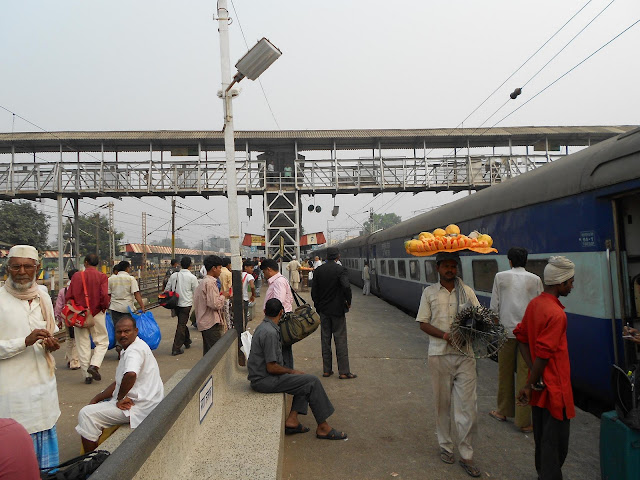 These photos were taken in the autumn of 2011 while I was ON THE TRAIN FROM CALCUTTA TO AGRA CANTT.. INDIA.  I pretty much always travel in Air Conditioned Second Class.. known on the Indian Railways as ' Second AC ' .. and it is just great.  Below are two photos of the cabin that holds four (4) people .. you can not see the two upper berths in the below photos .. 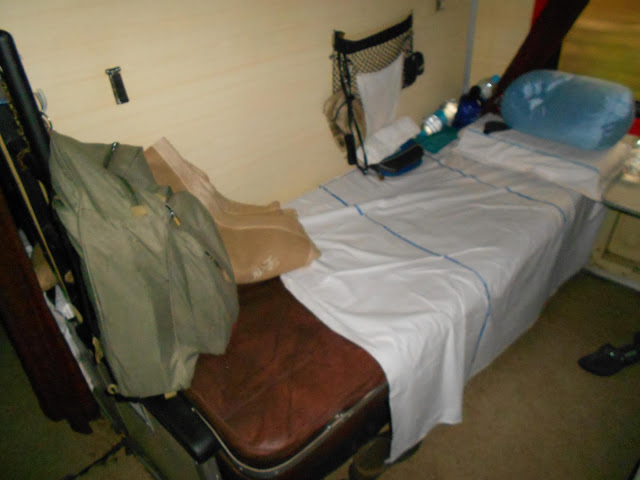 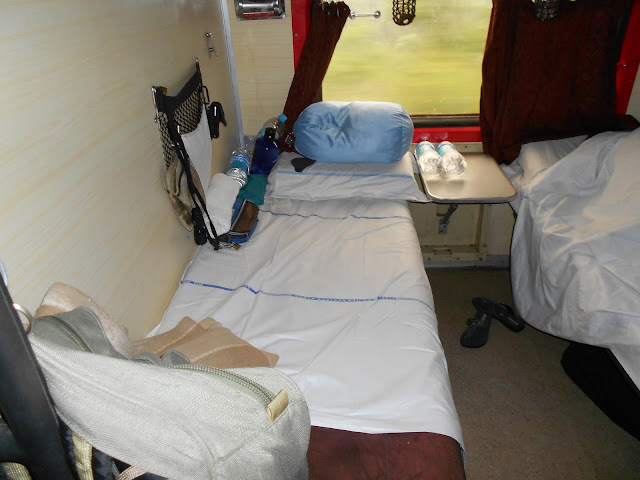 As I have written before.. you do NOT want to HAVE TO USE the Indian Style Toilets on a train or ANYWHERE AT ALL.. they are brutal.. absolutely brutal.. IF I HAVE TO USE THEM.. I put my back against the wall and use them.. it is worst than HORRIBLE.. 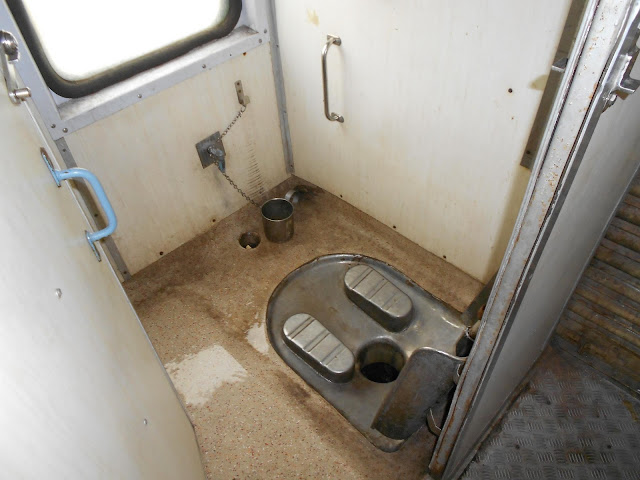 One of the most fascinating things for me about being in India is the Hindi Language.. I LOVE the symbols and have tried to learn as many as I can.. on my first trip I met the wife of a friend who taught elementary school children the written Hindi Language.. she was teaching me as if I too were an elementary student WHICH I WAS.. then every single note and book I had were stolen from me on a train to Orissa.. and I have never been able to regain my momentum to re-learn what I was learning.. the thieves would have thrown such books and notes into the trash.. they want cameras and things of far greater value.. the sign below says.. 'Waiting Place for Travelers" loosely translated.. NOT just and old waiting place.. but one only for TRAVELERS smiles.. 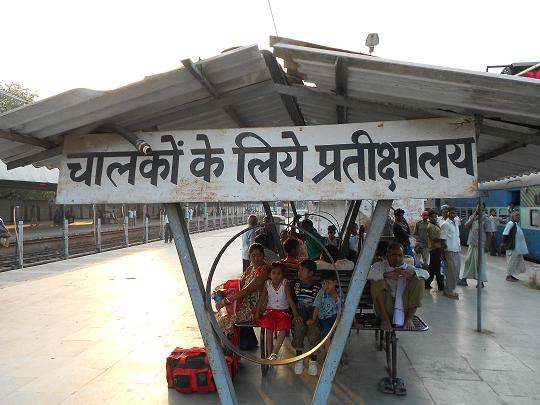 The next photo below shows a familiar sight alongside of all railway rights-of-way.. little squatter's camps and literally ' homes ' where the people live..living this way sure would be better than in the horrific slums of the large cities. 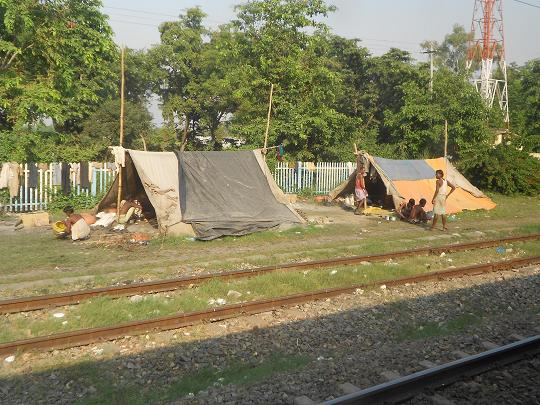 And here we have saved .. THE BEST FOR LAST.. this precious sweet child was the ' TOAST OF THE COACH ' on the way from Calcutta to Agra Cantt back in the autumn of 2011.. such a wonderful little one .. CAN YOU TELL THAT HER PARENTS ARE PRETTY PROUD OF THEIR LITTLE PRINCESS ? .. and you ask me.. " Cap.. what exactly is it that you like so very much about India ? "  You can also catch a glimpse of an upper berth.. 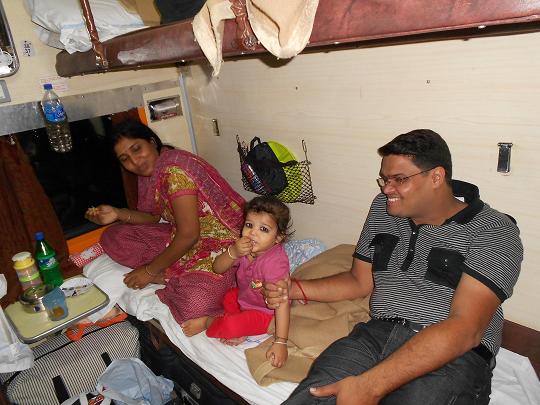 Well there you have a short 'blast from the past' to show you what it will be like for me as I travel by train from New Delhi South to Chennai .. Monday the 18th to Wednesday the 20th of February 2013.  Don't ask me yet IF I was able to get this to post Tuesday the 19th !