Life is amazing. We never know what is coming during any given day that will create a lasting (perhaps lifelong) memory.

Here is one example:

Back in 2009, we were driving across Interstate 75 down in the southernmost part of Florida heading for Key West. We needed a rest area. No biggie. Off we pulled into a very pleasant rest area. As Patti headed for the restroom she was stopped by an attendant who told her that there was an alligator in the rest room and they were coaxing it out! Sure enough. In about five minutes, out came an alligator, and Patti was told it was now safe to enter.

Oh Captain. The 'nickname' for I-75 through the Florida Everglades is Alligator Alley! What did you expect?

No matter, we two will not soon forget this live and up close alligator adventure.

Arizona has some very pleasant rest areas along its major highways. In the Sentinel Rest Area, some 45 miles west of Gila Bend on I-8 at milepost 83.8, was a warning sign that Patti will not soon forget. 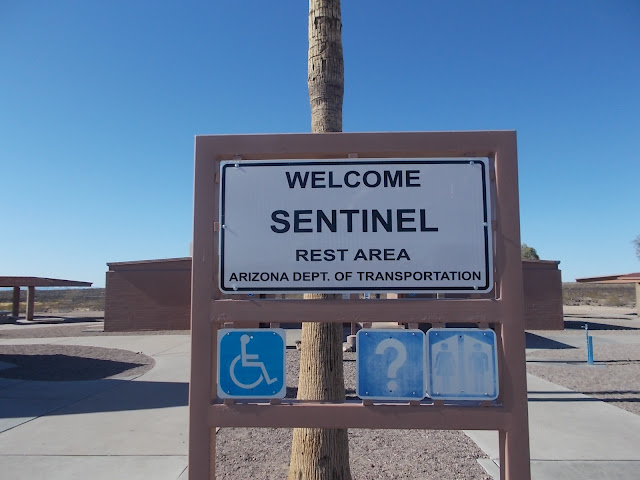 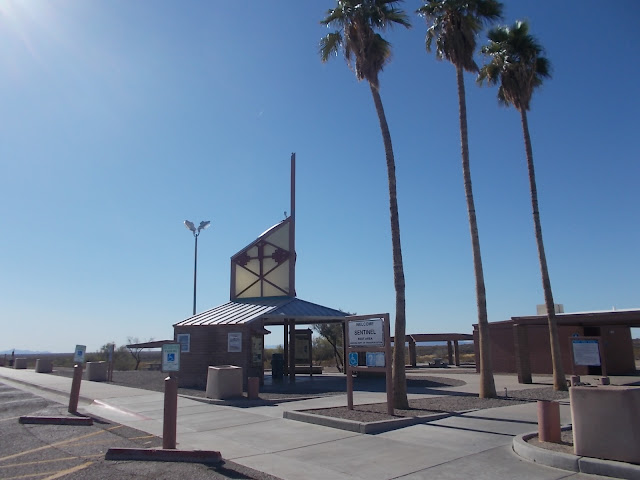 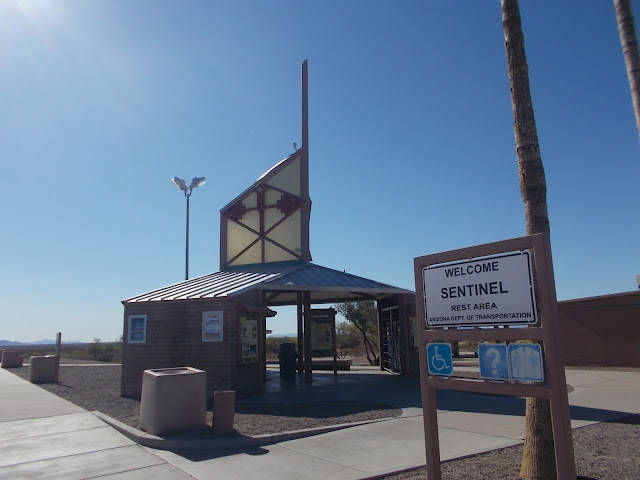 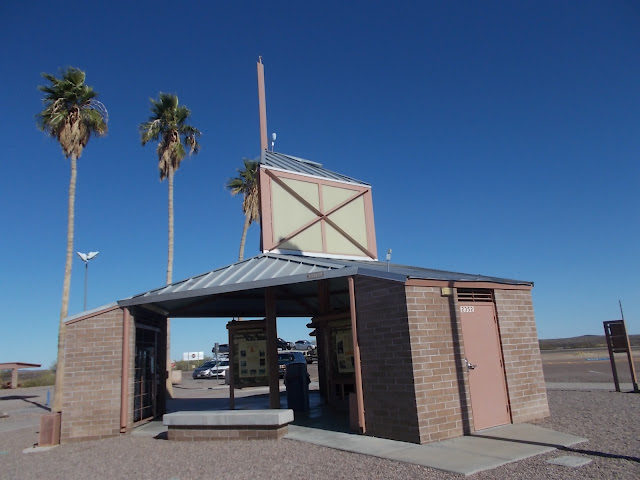 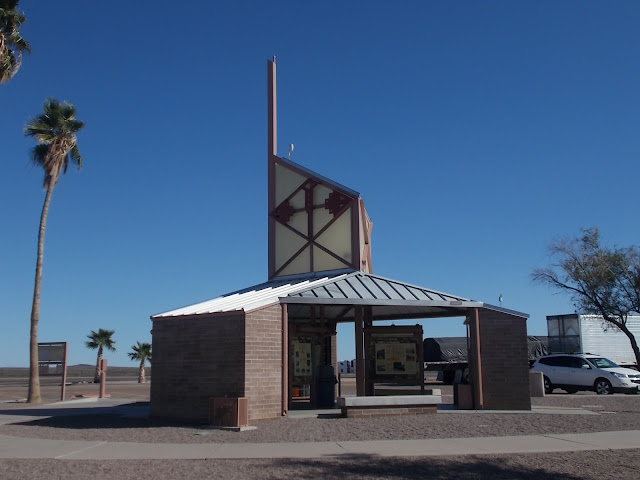 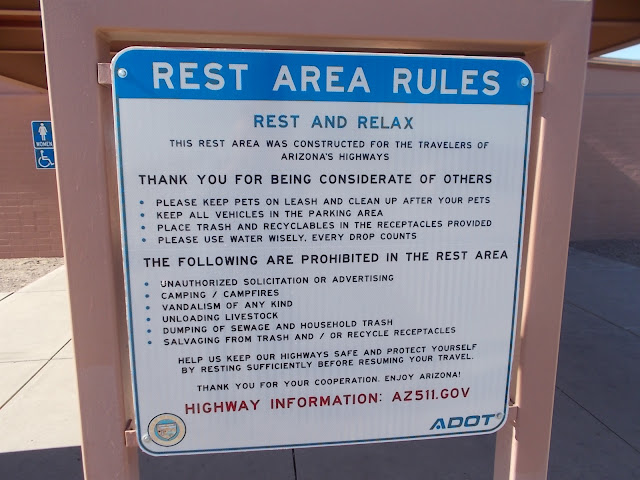 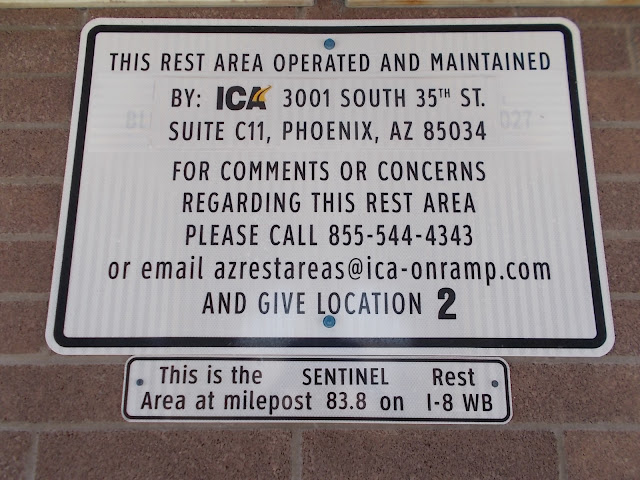 Below are photos of some of the informational displays in the rest area. 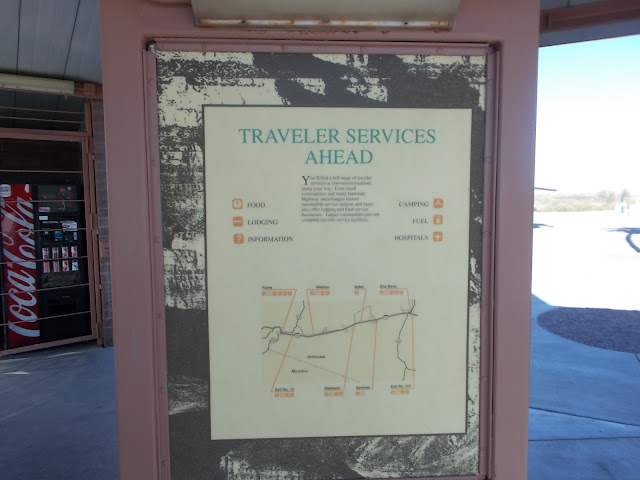 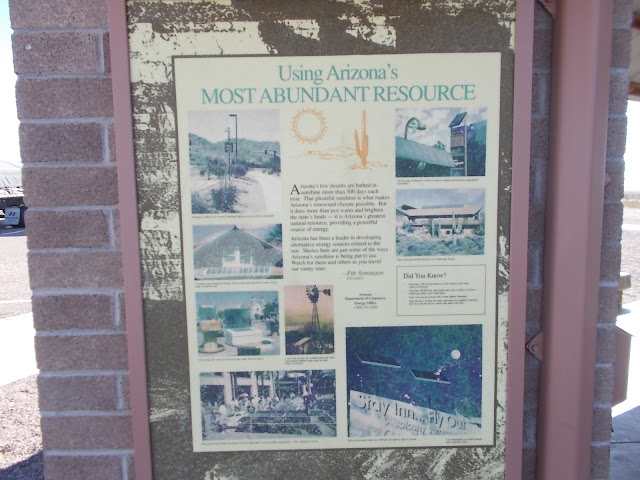 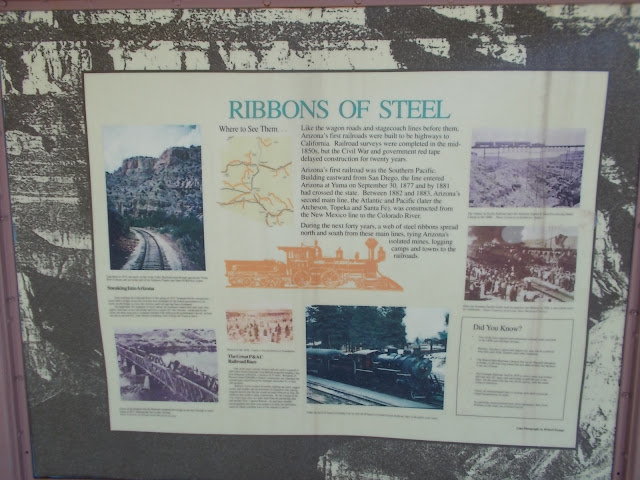 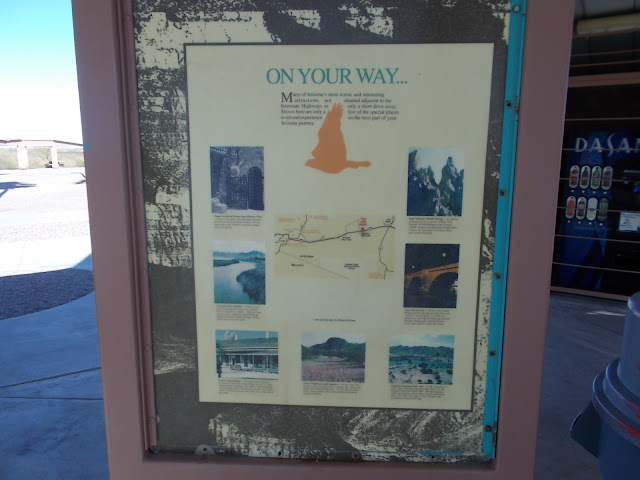 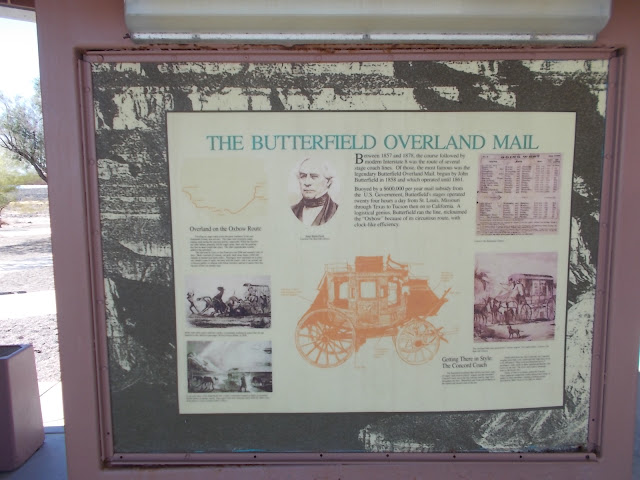 Below are some exterior photos of the Sentinel Rest Area. 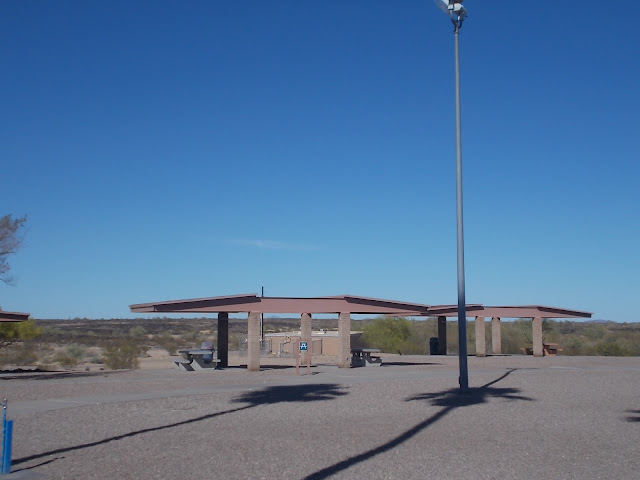 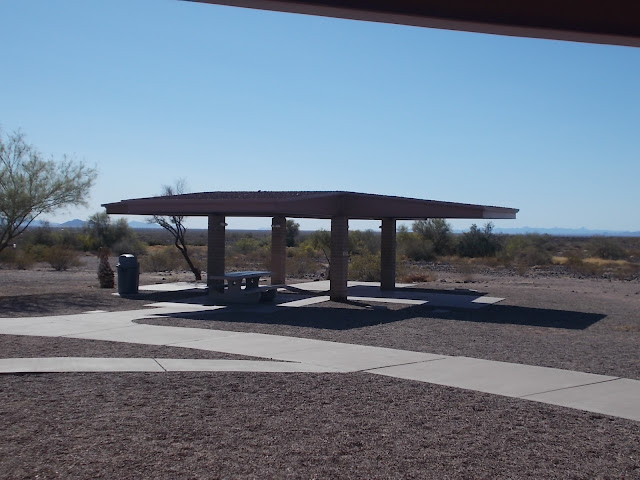 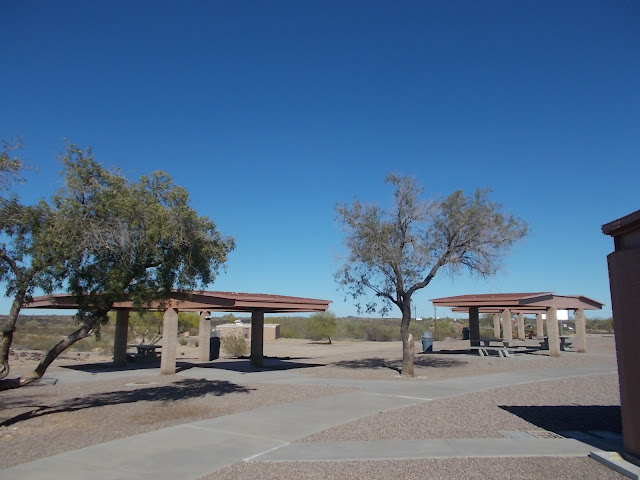 Captain! What about the warning sign that you mentioned at the beginning of this post?
As Patti looked longingly out at the desert in the distance, and thought about possibly taking a short walk, to her right ahead was a blue sign. 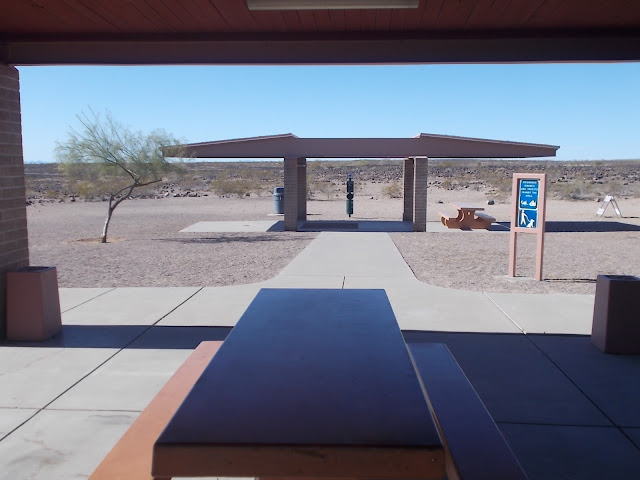 Warning! Watch out for scorpions and rattlesnakes! 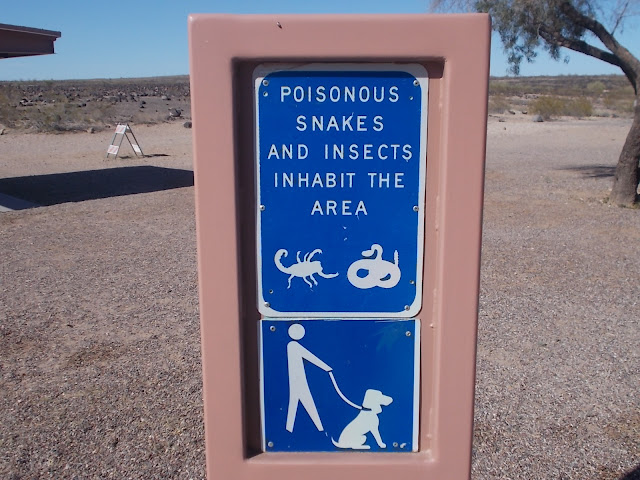 To this day we two still chuckle about the above warning sign.
Captain! Patti! You are in the desert of Arizona. What on this good earth do you expect to find out there?
Still smiling. Patti and Cap
Posted by Cap at 22:39