I am proud that in my immediate family (my father, myself, my two sons) we have served in five of the United States Armed Services.

Patti's father and older brother also served in the U.S. Merchant Marine and the U.S. Navy.

As a result, when I am traveling, both here in the United States as well as when I am out of the country, I seek out and visit local memorials to armed services veterans and pay my respects to those who served.

So, when Patti and I visit Yuma, we also visit the Yuma Armed Forces Park. 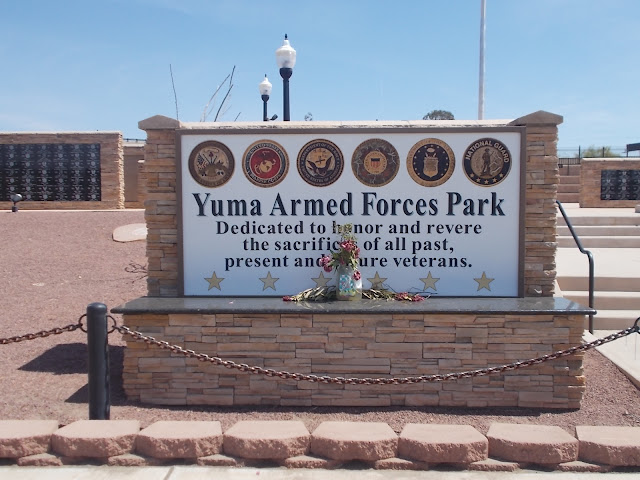 It is a very pleasant memorial. 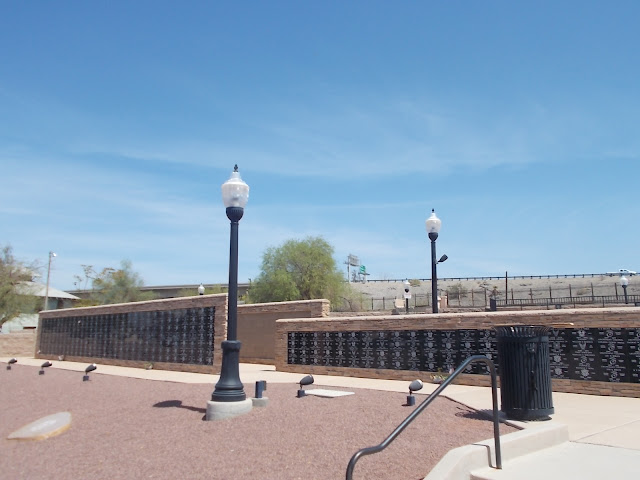 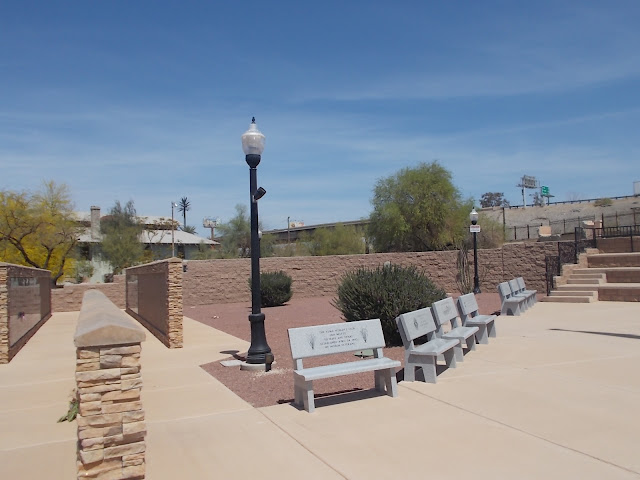 The below two photos look back at the above area from across the park. The gray benches (above and below) will orient you to the three photos. 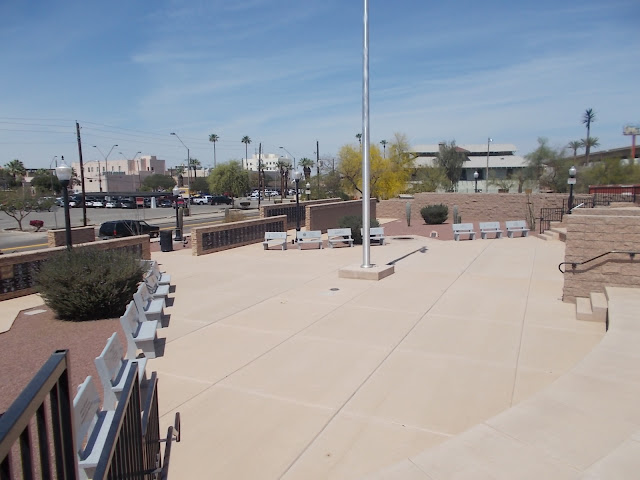 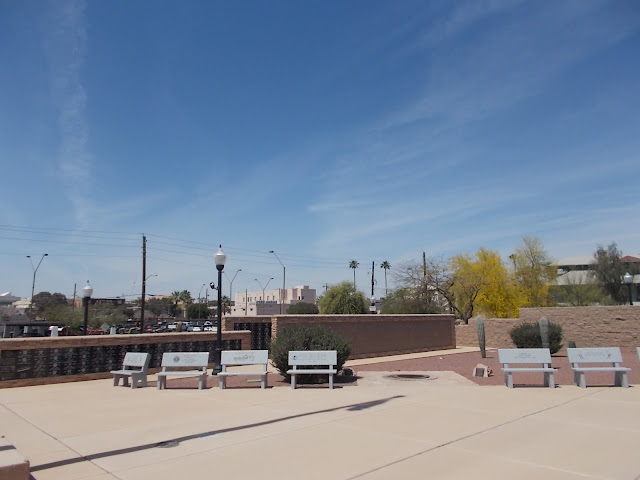 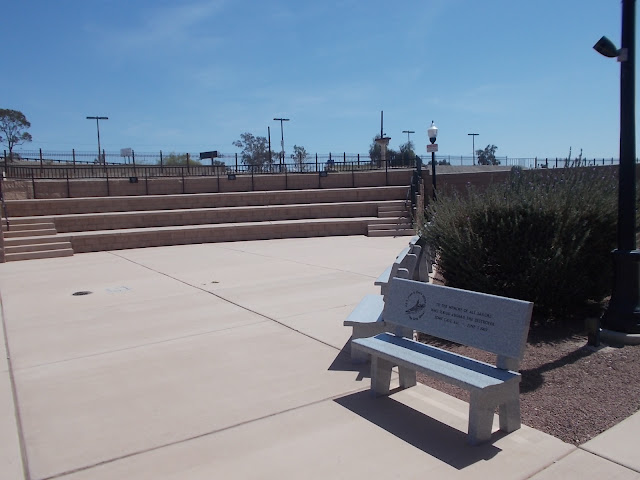 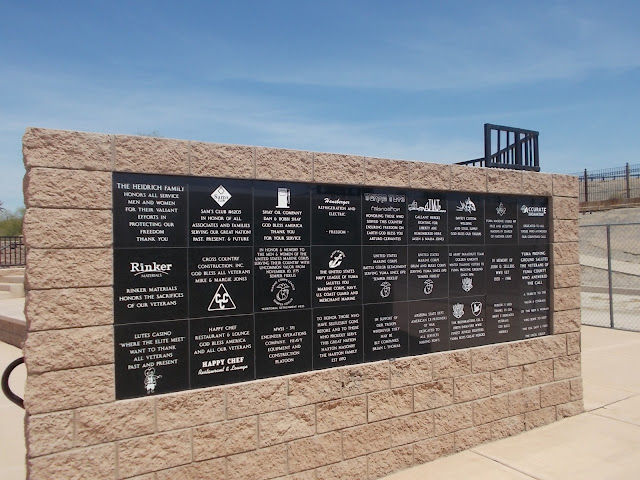 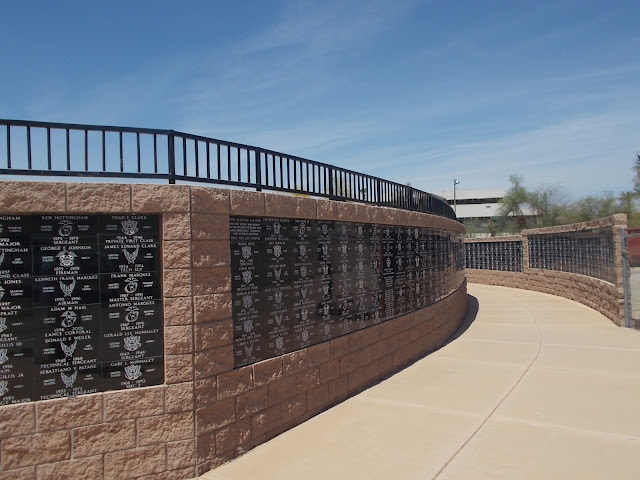 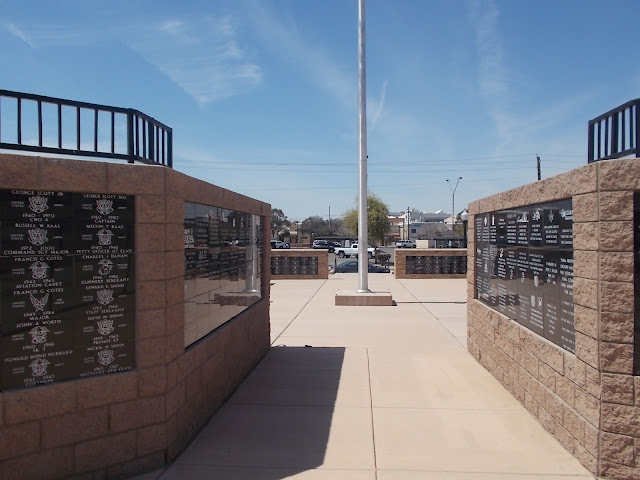 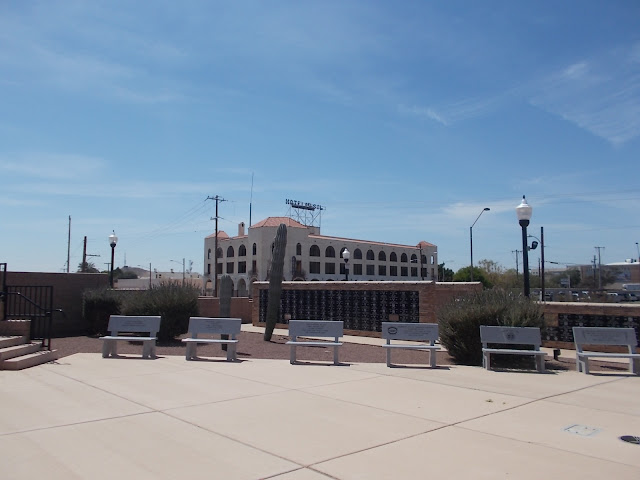 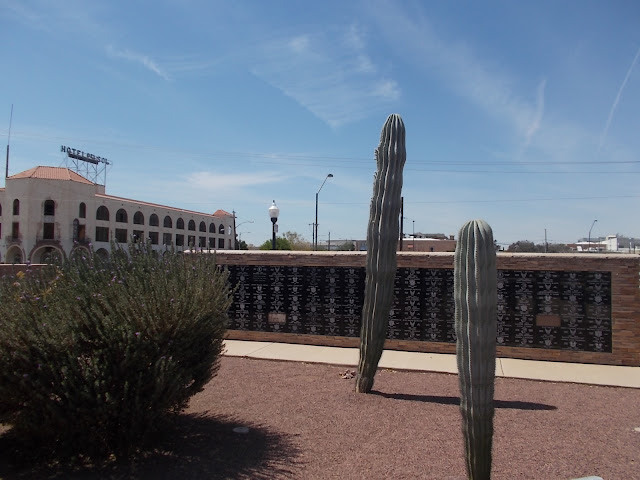 Since I have lived in Yuma, I have considered having a plaque with my name and service dated placed in the Yuma Armed Forces Park.

With Reverence To Those Who Served ..