Without fail, without exception, each day and every single day for at the very least the past full week, I have solemnly said to myself : "Today I am going to publish a Post on blogspot!"

In the life of a website, there comes a time when people just stop checking into one's website to see IF anything has been posted. So far, since our return here to Anchorage, I've been able to keep quite active on dot.net. Not each and every day, but still no lengthy lapses. However, here on blogspot, a few weeks have passed with no activity.

So this : Here we go loop de loop .. here on blogspot. 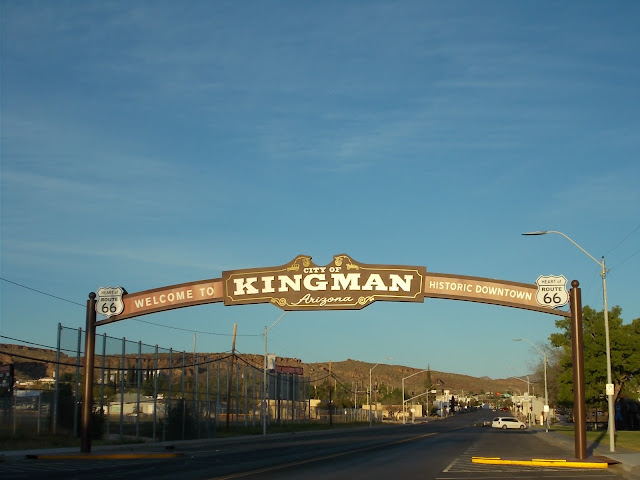 Back on April the 4th, when Patti and I were staying in Kingman, Arizona, I published a Post (RHETORICAL QUESTION : DID I DO THE WRONG THING) on dot.net about meeting an over-the-road, long-haul, truck driver who had served in our Armed Forces in Viet Nam during the late 1960's.

He placed his order. I placed mine. Then, as our orders were being prepared, I went to sit on a small couch that would seat three persons. He remained standing. He looked lost-in-thought.


Then he looked over at me. We made eye-contact. I motioned to the seat next to me. He came over and joined me. We sat, shoulder-to-shoulder, and I listened to him as he 'unloaded' about the horrors of 'Nam.

After we finished visiting, he picked up his take-out-order as did I. I took my time getting out of the Denny's Restaurant and, when I got to the road leading out of the Truck Stop, in a gigantic Peterbilt (the brand name of his Semi), he slowly bypassed me, lowering his window and giving me an appreciative salute and a wave goodbye with a broad smile.
Patti is not name-familiar with all of the over-the-road Semi Tractors. A few days later, while walking in Kingman, I came upon a beautiful Peterbilt Tractor and decided to take a photo of it to show Patti its distinctive, traditional, lines. 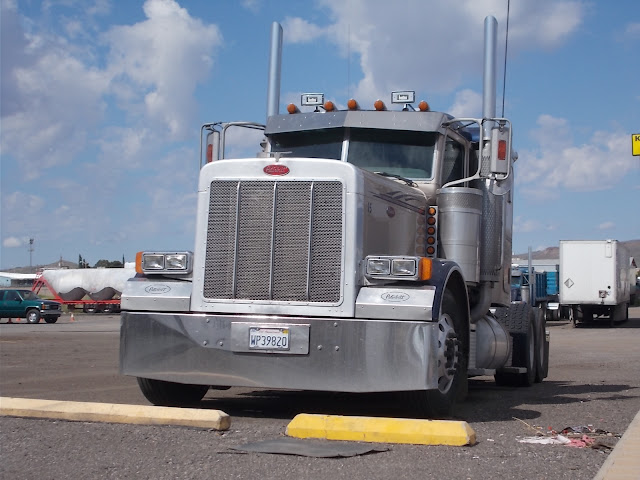 After I snapped the above photo, I walked over and snapped the below profile photo of the side of the tractor showing its classic lines. 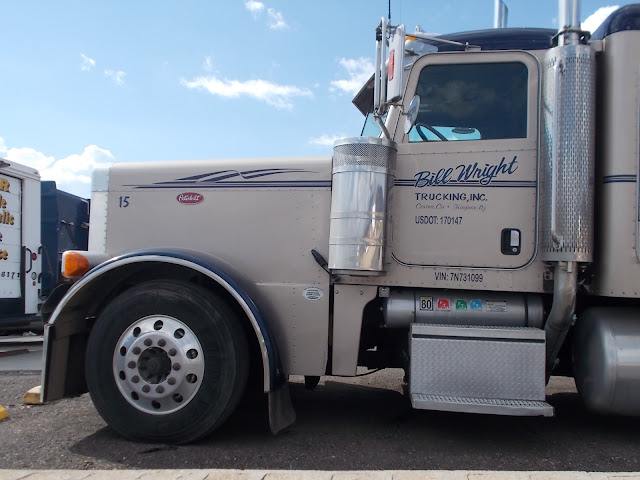 Then I looked very closely at the lettering on the door, Bill Wright TRUCKING, INC. 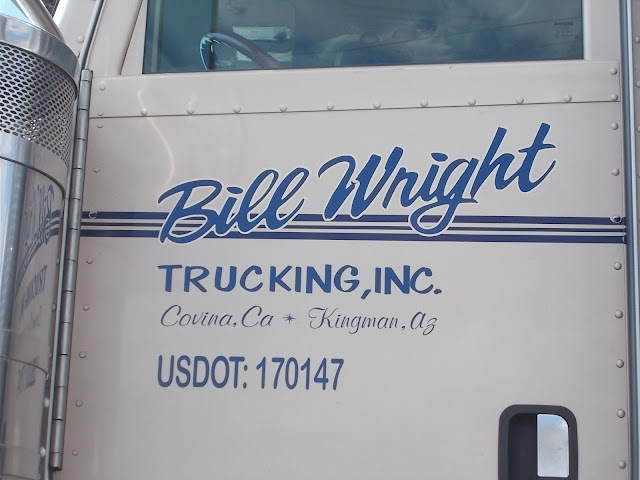 I couldn't believe my eyes! Covina, Ca to Kingman, Az.
Covina, California, is the town where Patti lived and attended High School.
History has proven (at least to me) that I did the right thing in engaging with, and listening to, the Viet Nam War Veteran driving a Peterbilt between the white lines.
Cap