When Patti and I flew from Seattle to Hong Kong on this trip .. thanks to our friend 'Zilla .. we were able to fly in BUSINESS CLASS!

Here we go!  WELCOME ABOARD!

The below photographs show you what Business Class accommodations look like.  Patti is the second head up the aisle on the right! 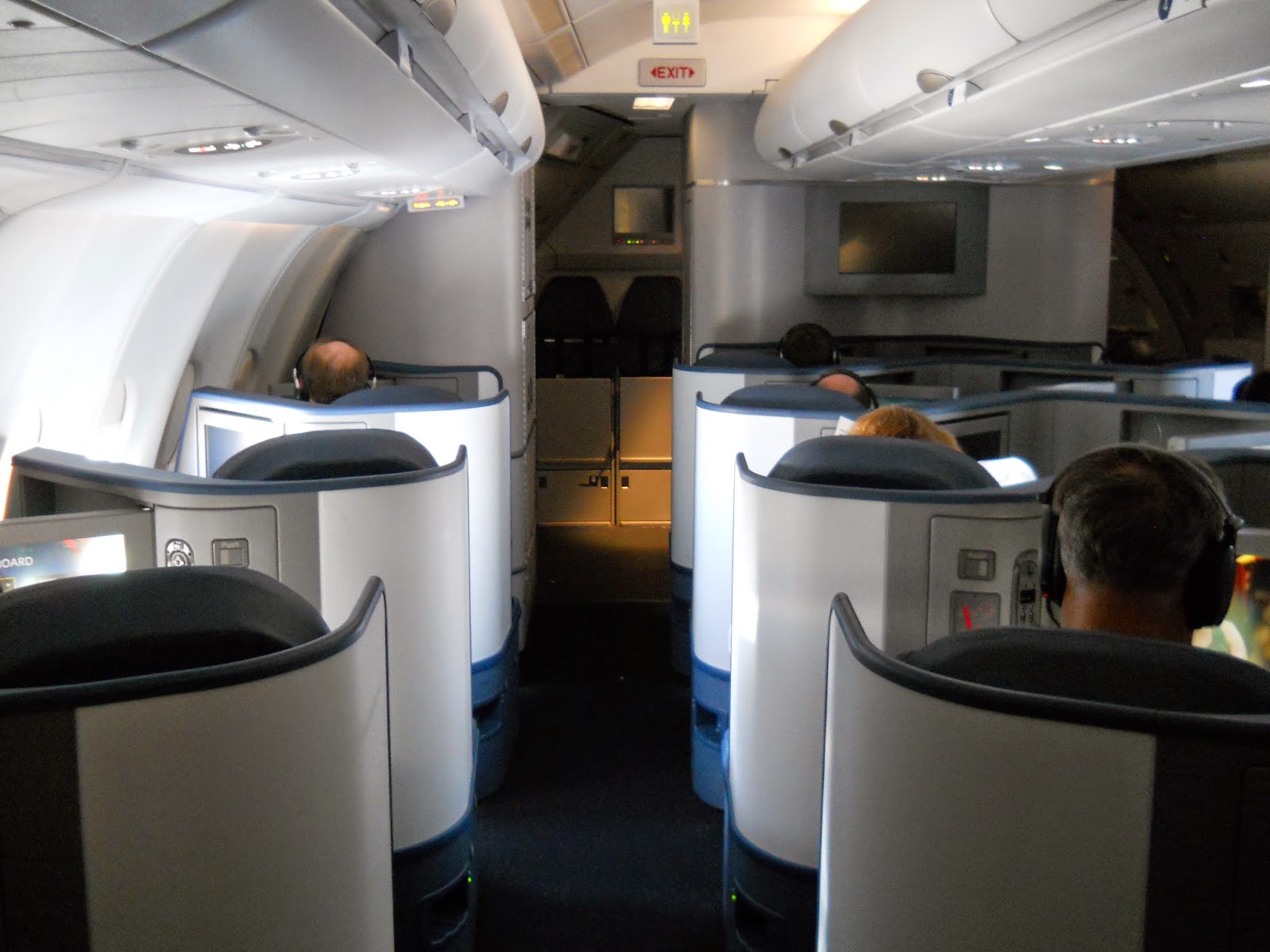 Below we look forward up the aisle in Business Class.  Notice the small 'television screens' that are 'recessed' into the partitions. 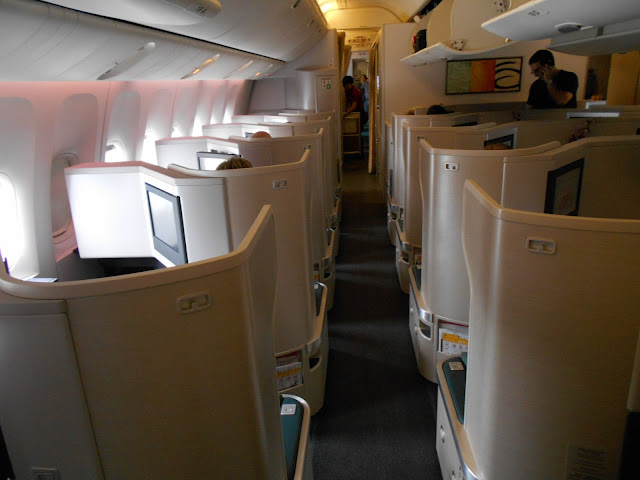 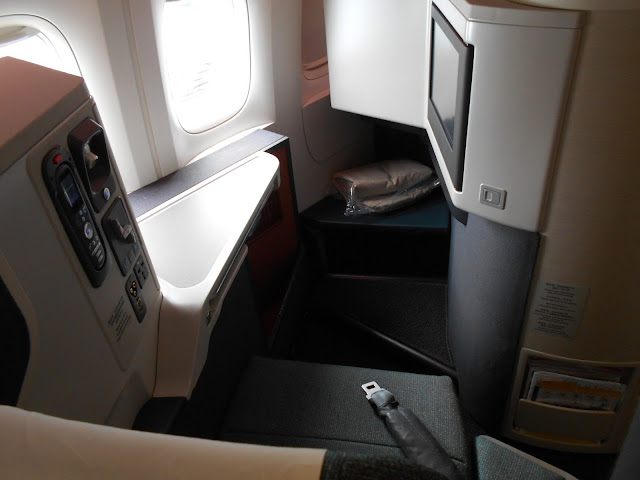 In the following two photos below .. I have fully reclined my seat into its 'flat-bed-position'. 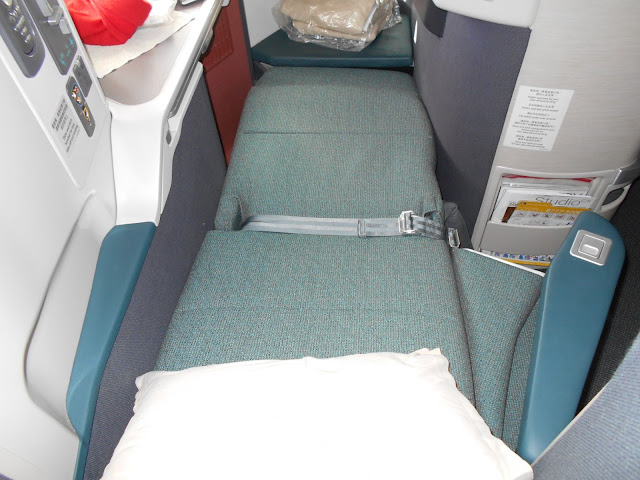 In the below photo the seat is not quite 100% flat.  I was still new to the process.  Later I found that the seat would completely flatten-out. 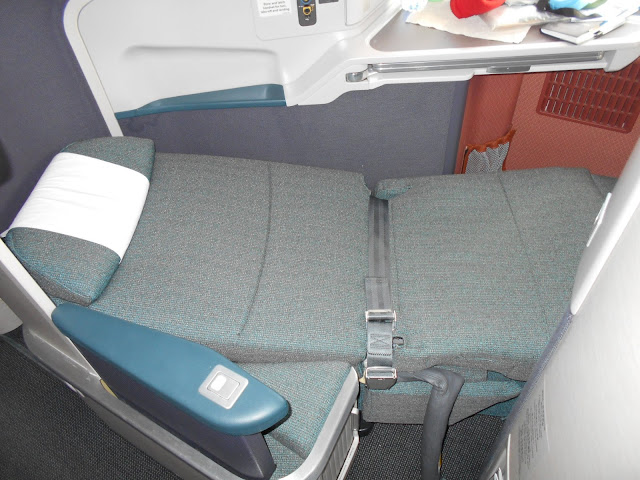 Below you see my legs will go fully forward.  My 'television screen' remains 'recessed' into its partition wall. 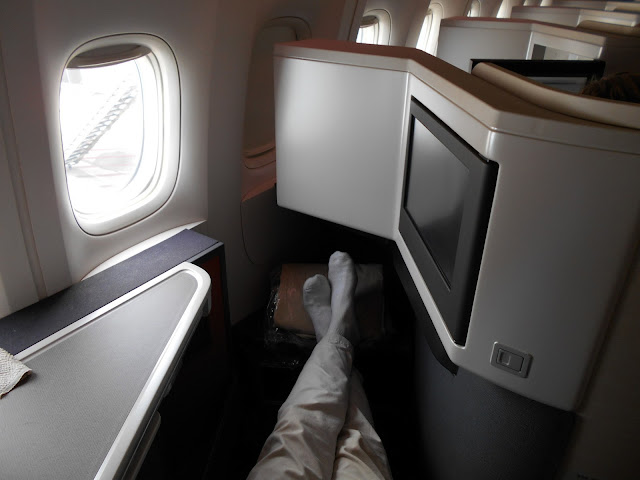 OK!  Lights / Camera / Action .. I have released my 'television screen' from its 'recessed' position into its 'entertainment position'. 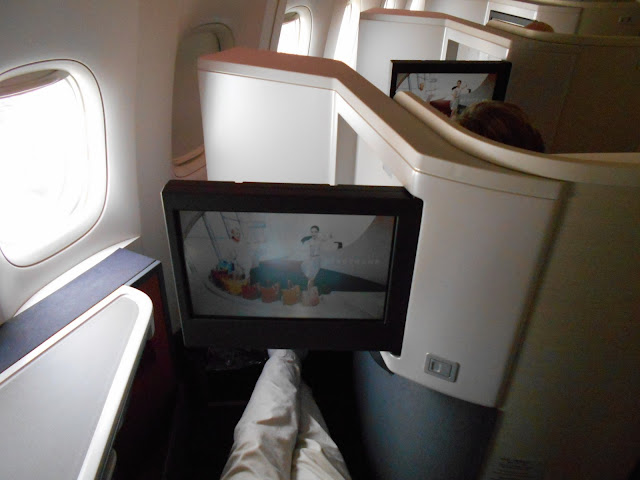 Below I have returned my seat into its 'vertical' take-off and landing-position.  My 'television screen' remains out-for-action! Do you see .. straight ahead .. the control panel? 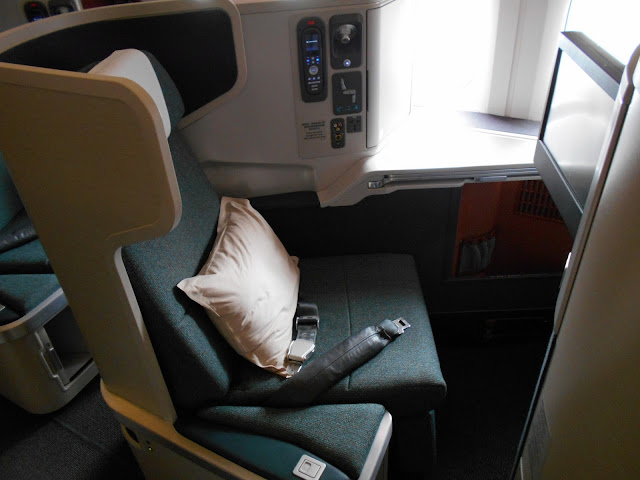 A little 'peek' out my window as we 'taxi' out to take off for Hong Kong. 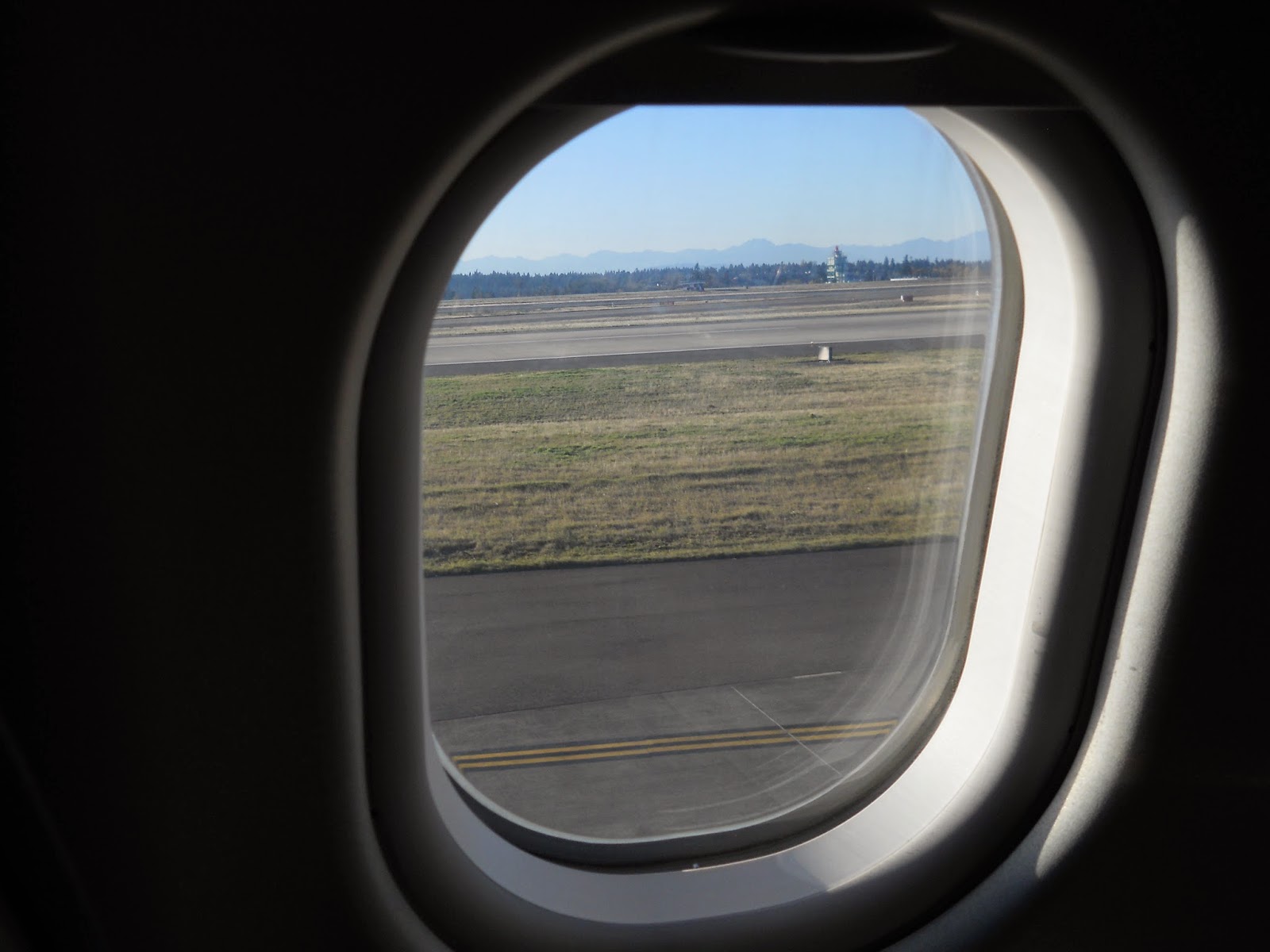 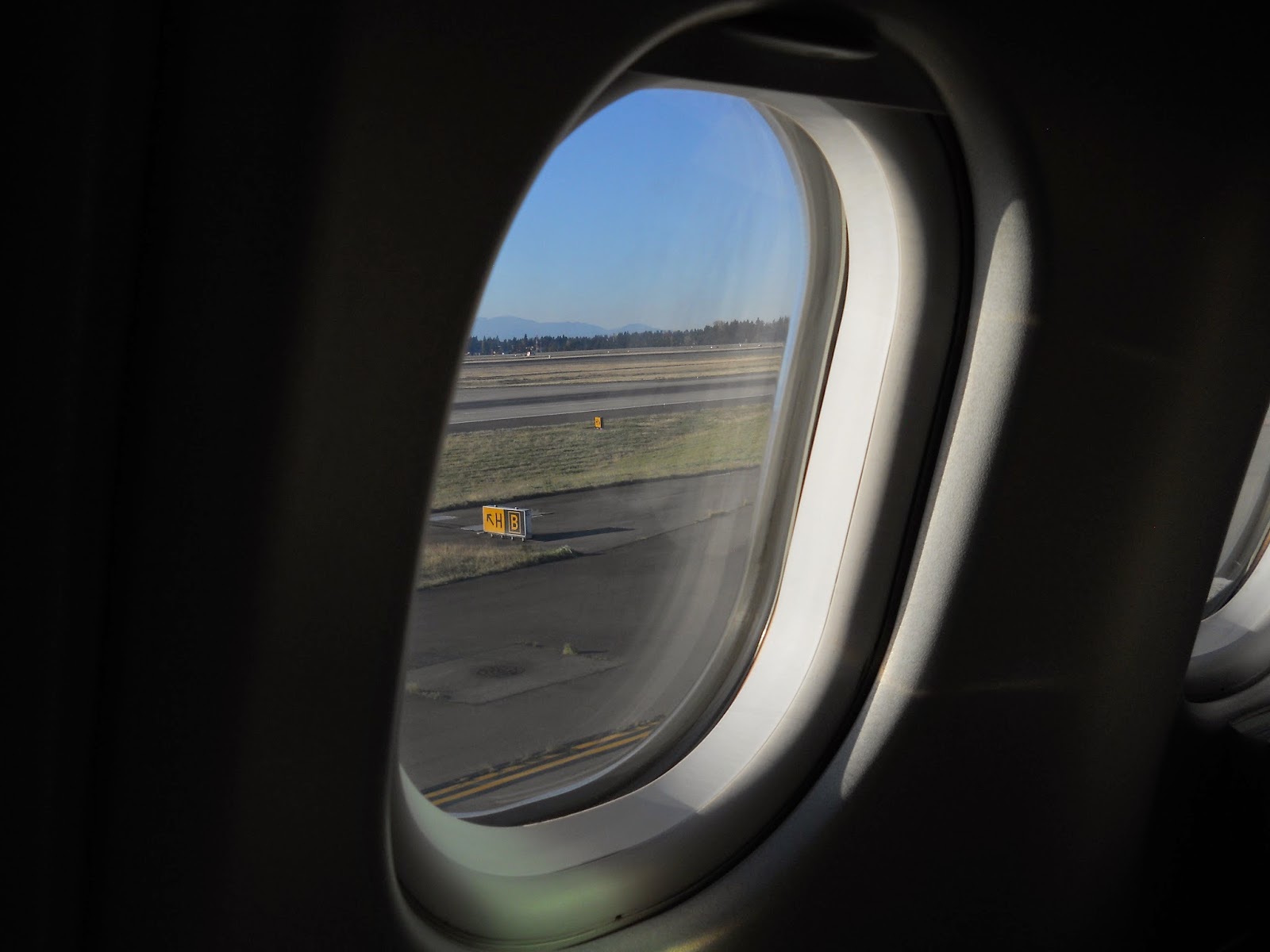 Looking up the runway .. we are about to take-off for Hong Kong ! 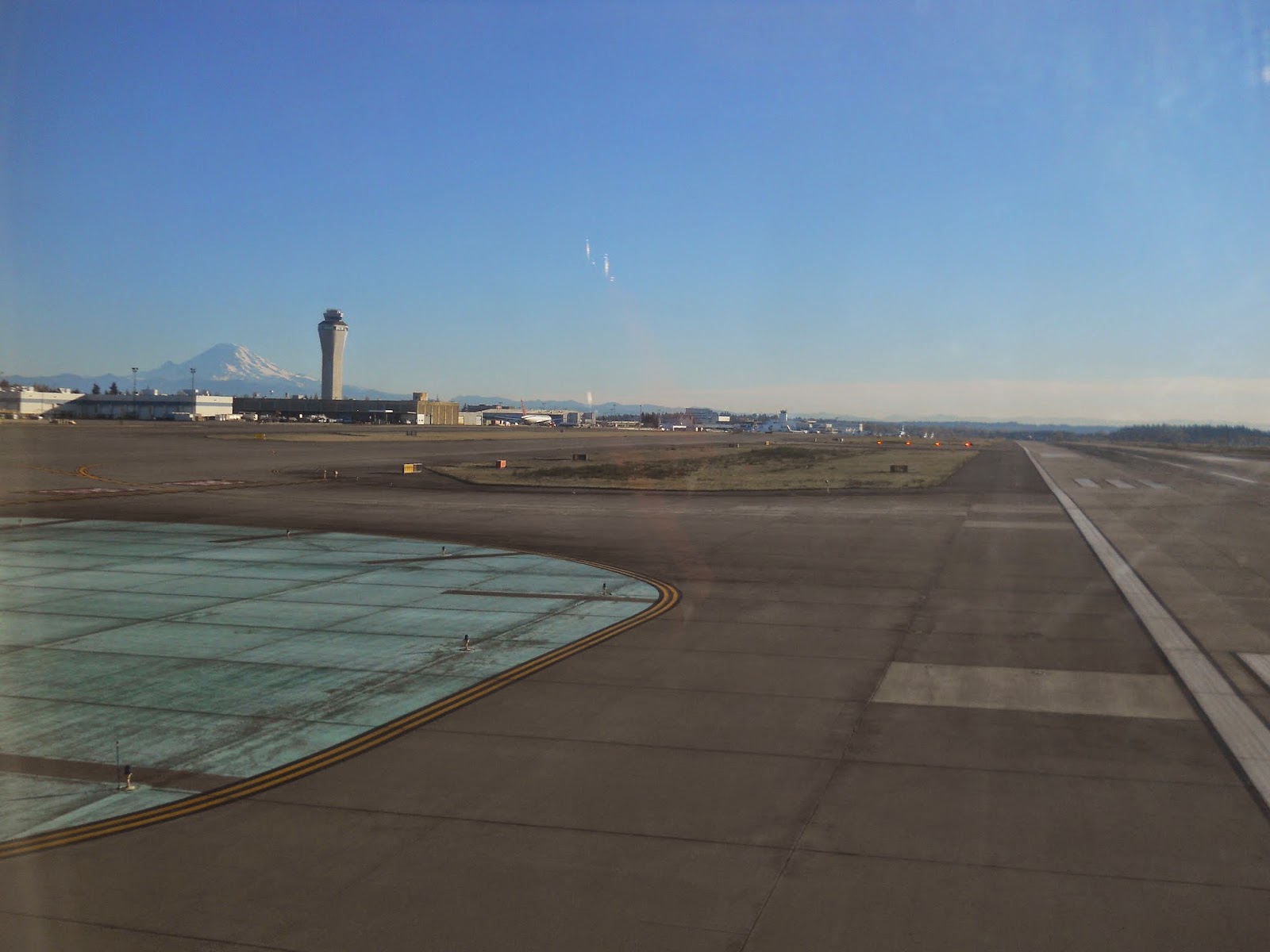 Now we are 'airborne'. 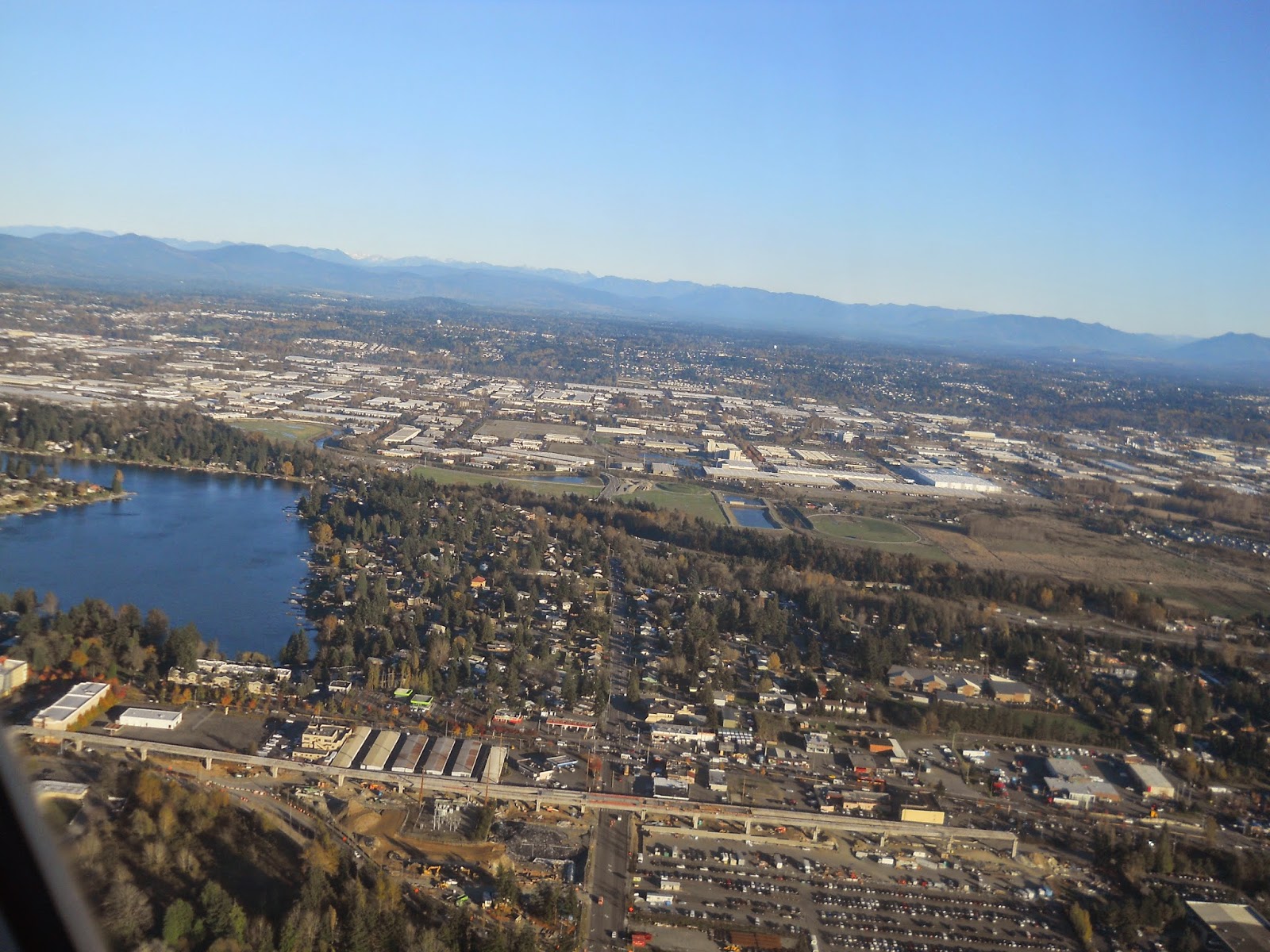 Seattle, Washington, in the USA, as viewed just after take-off. 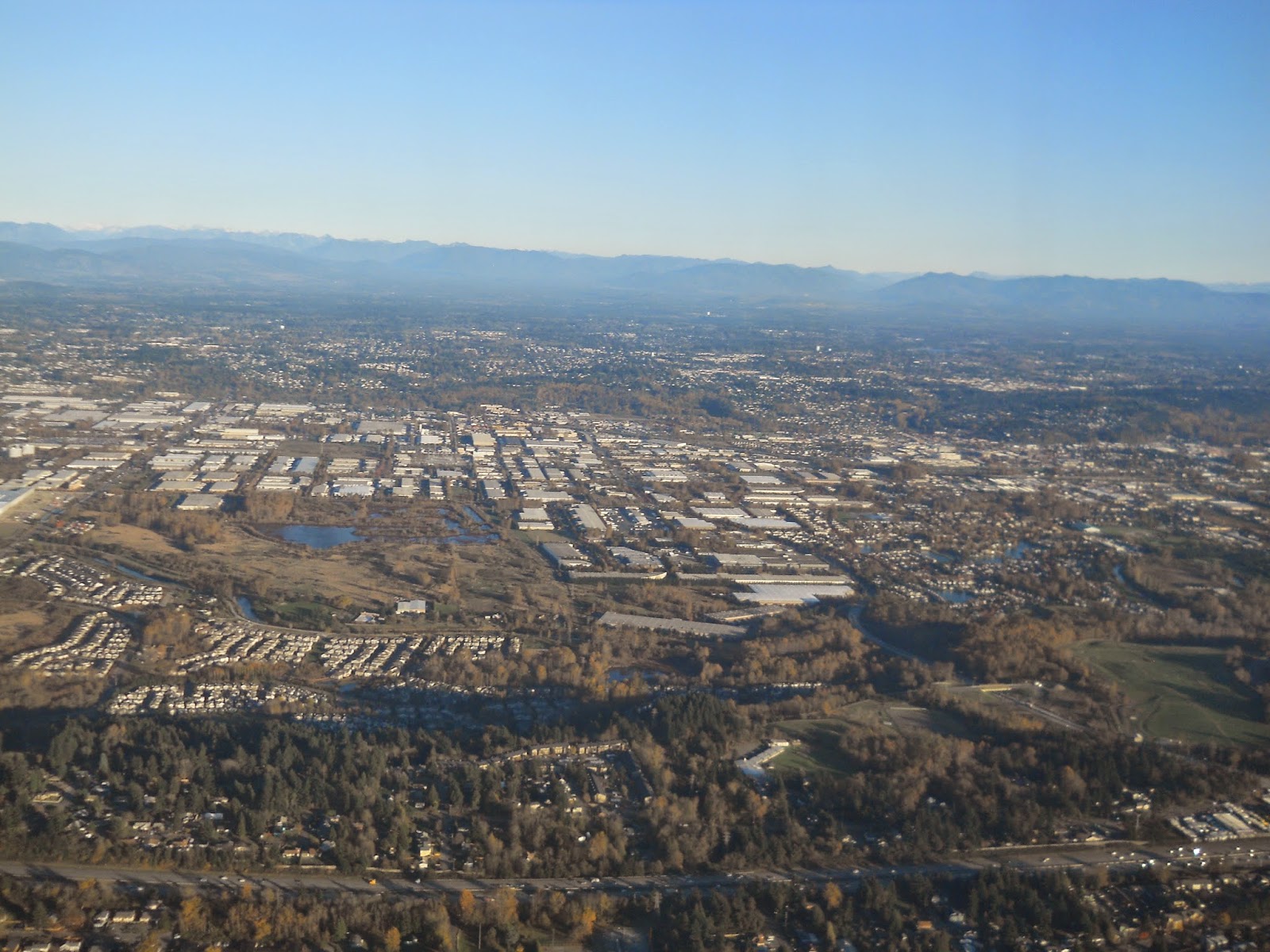 We are now on-our-way to Hong Kong ! 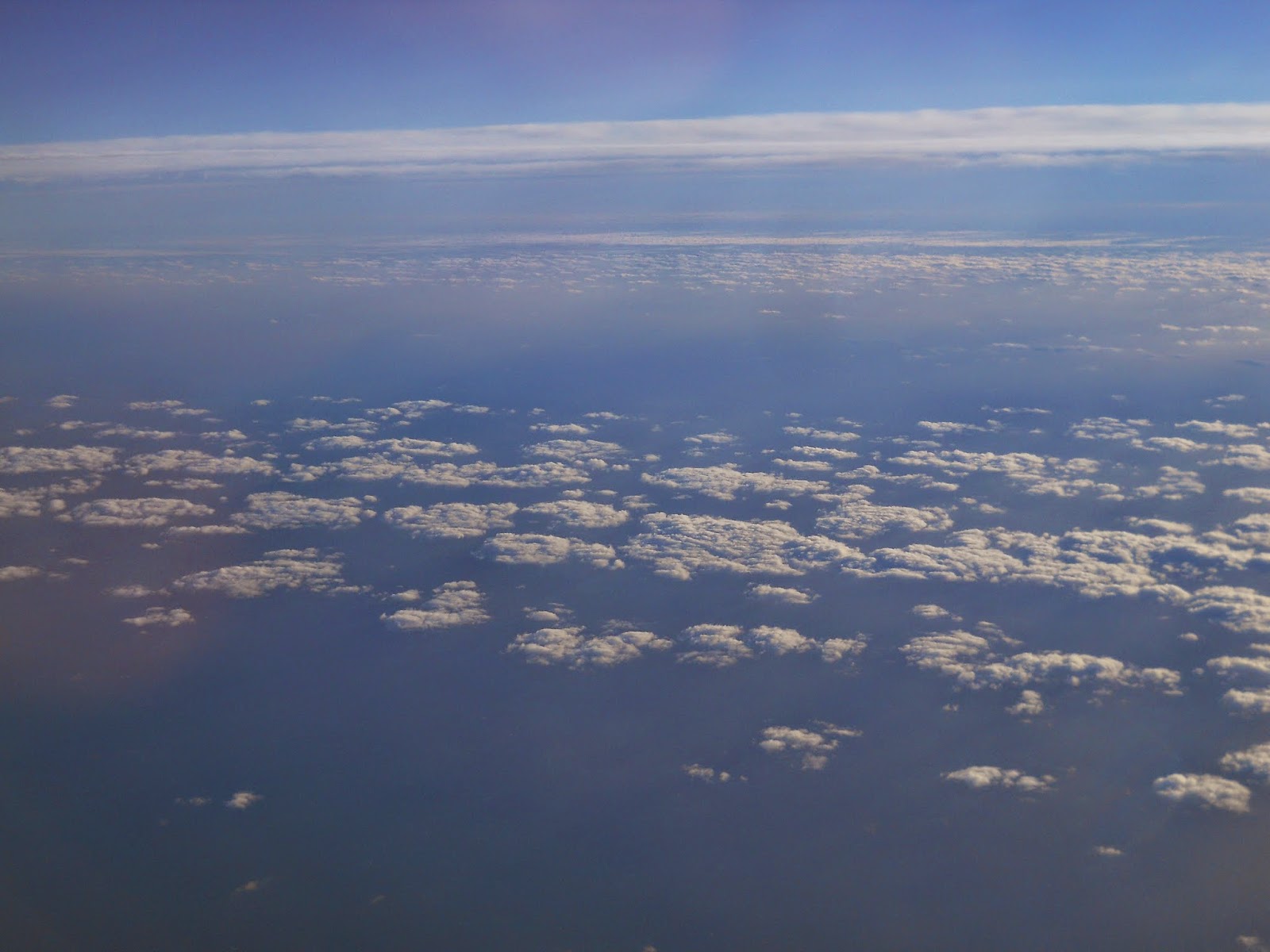 We are high above the clouds far below us. 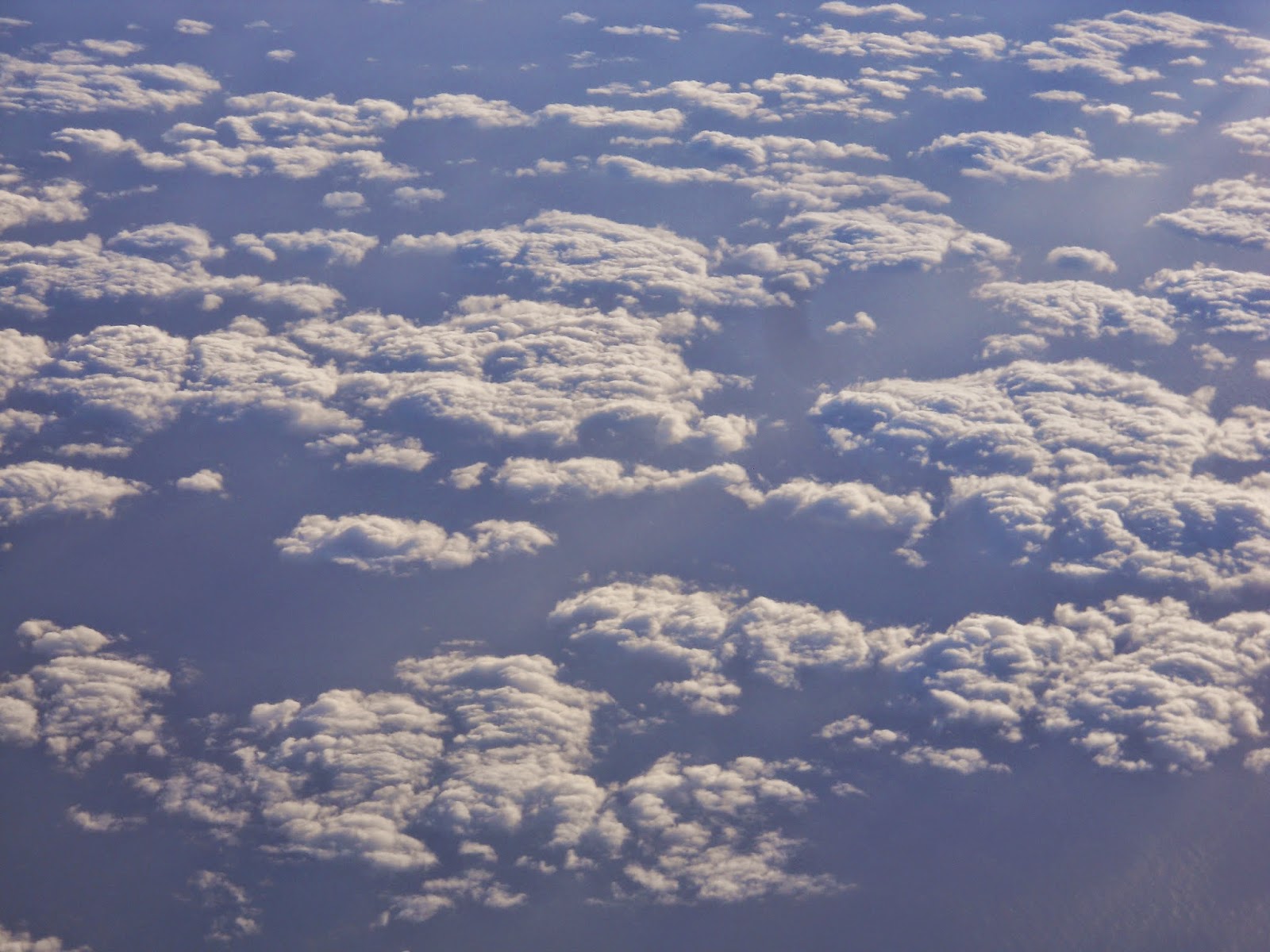 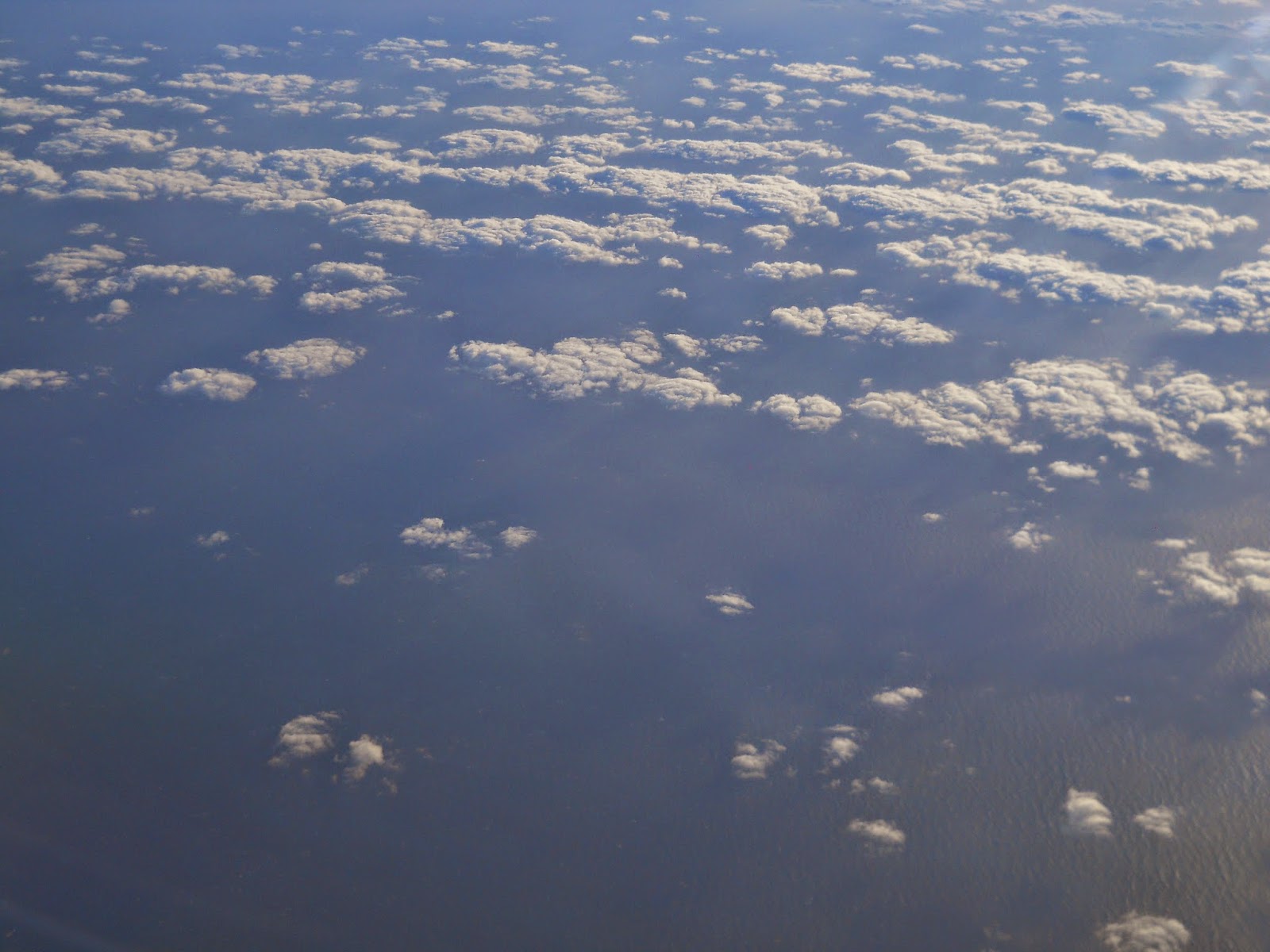 Below we have one HAPPY flier ! 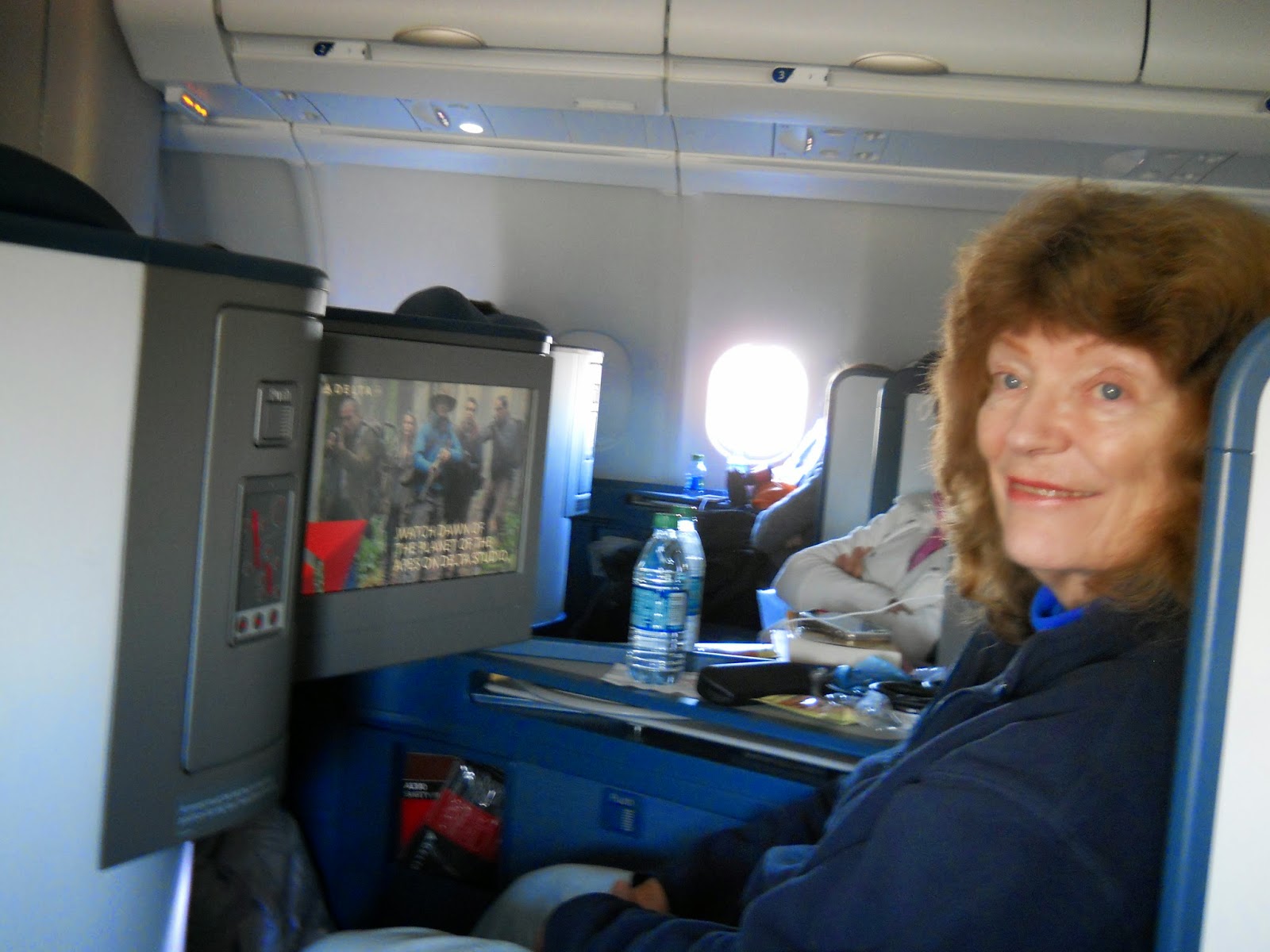 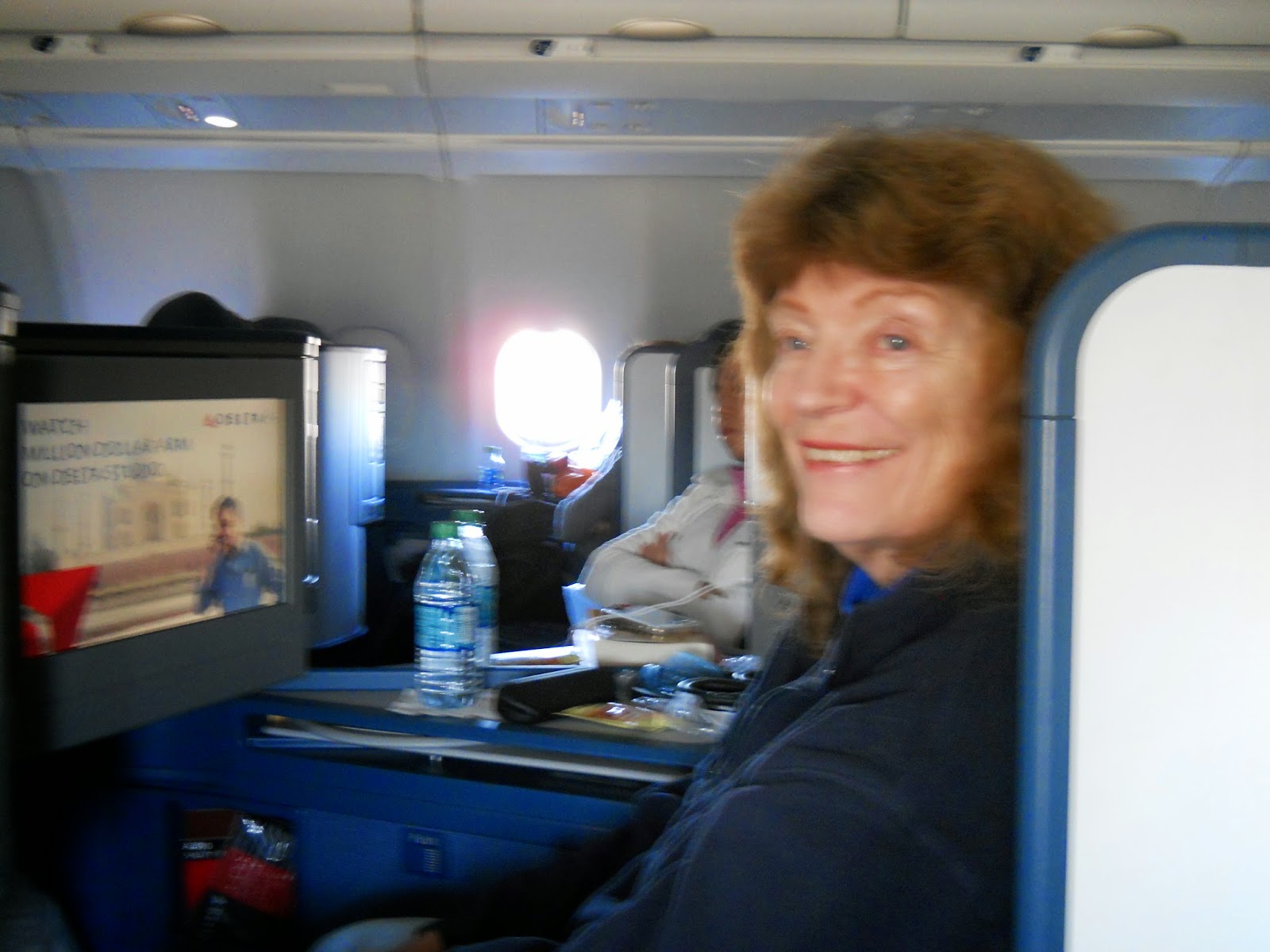 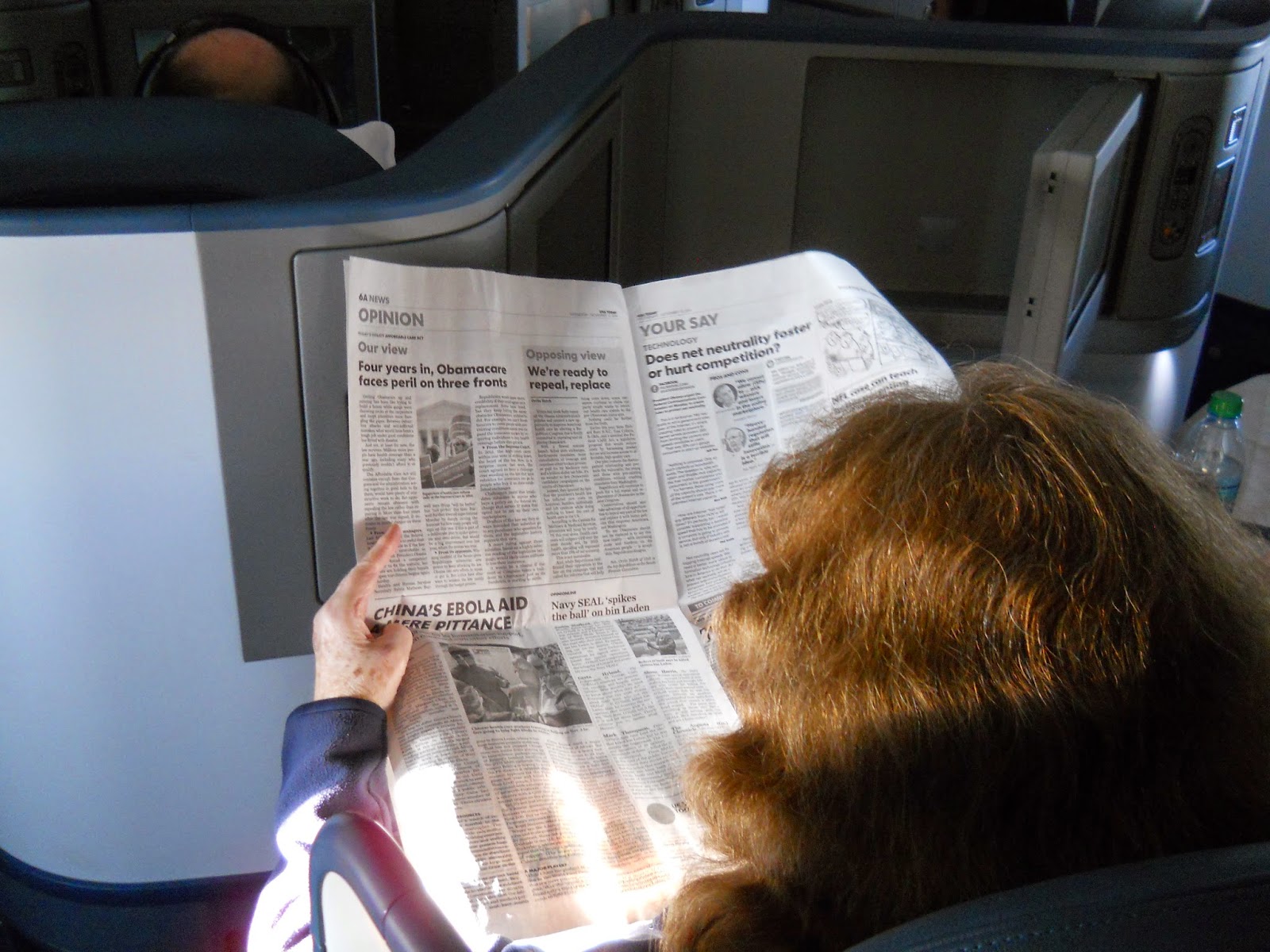 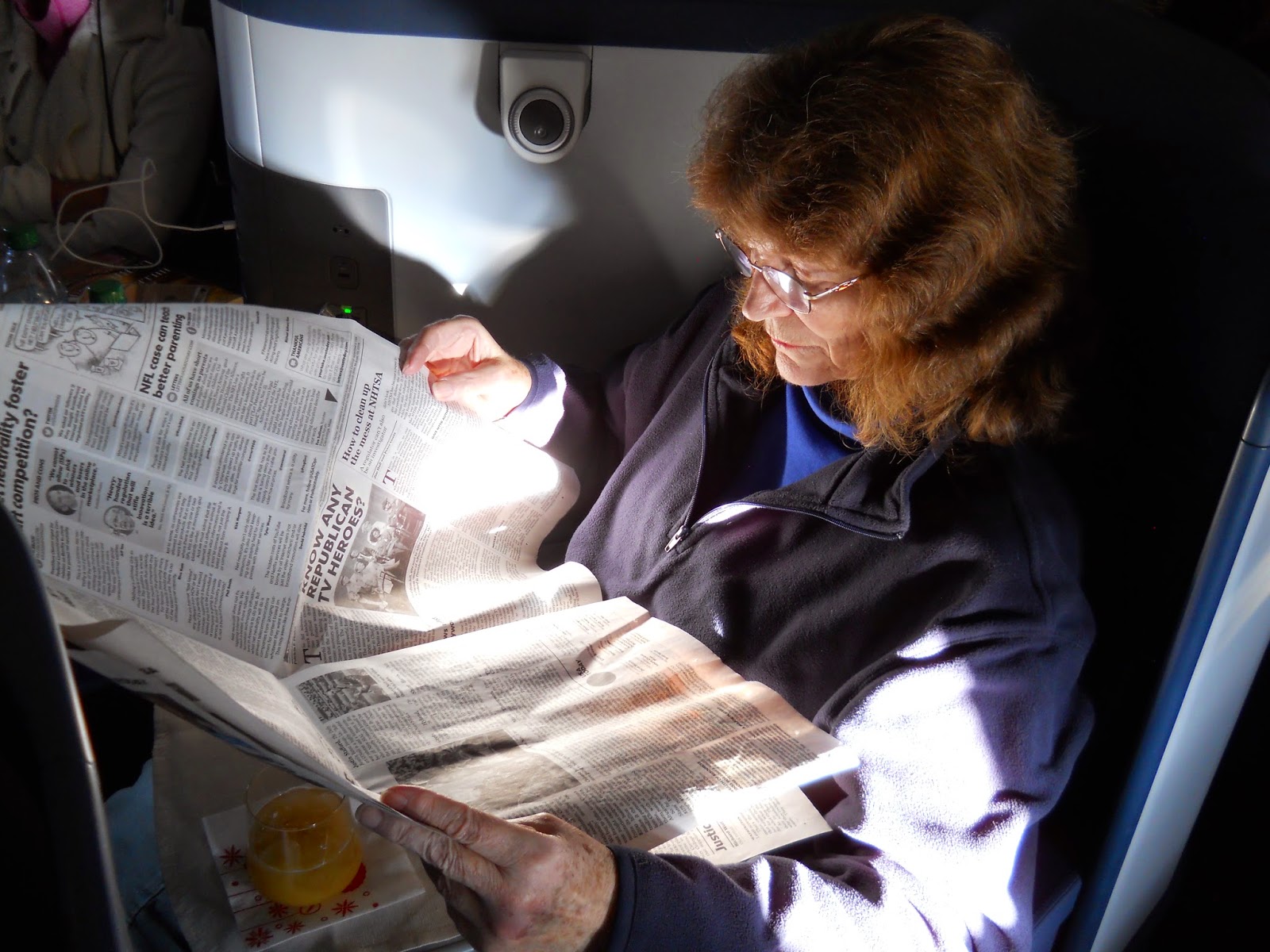 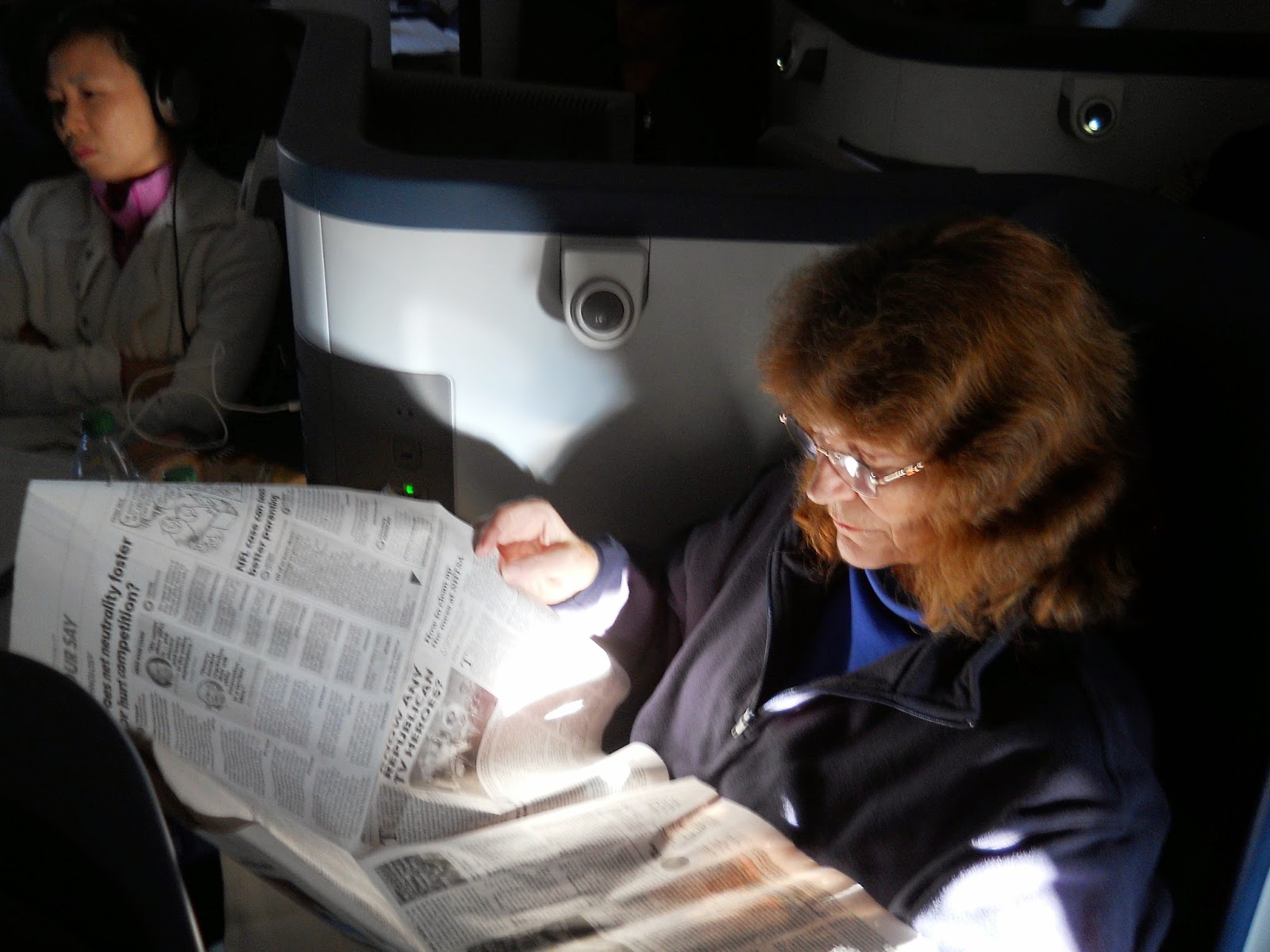 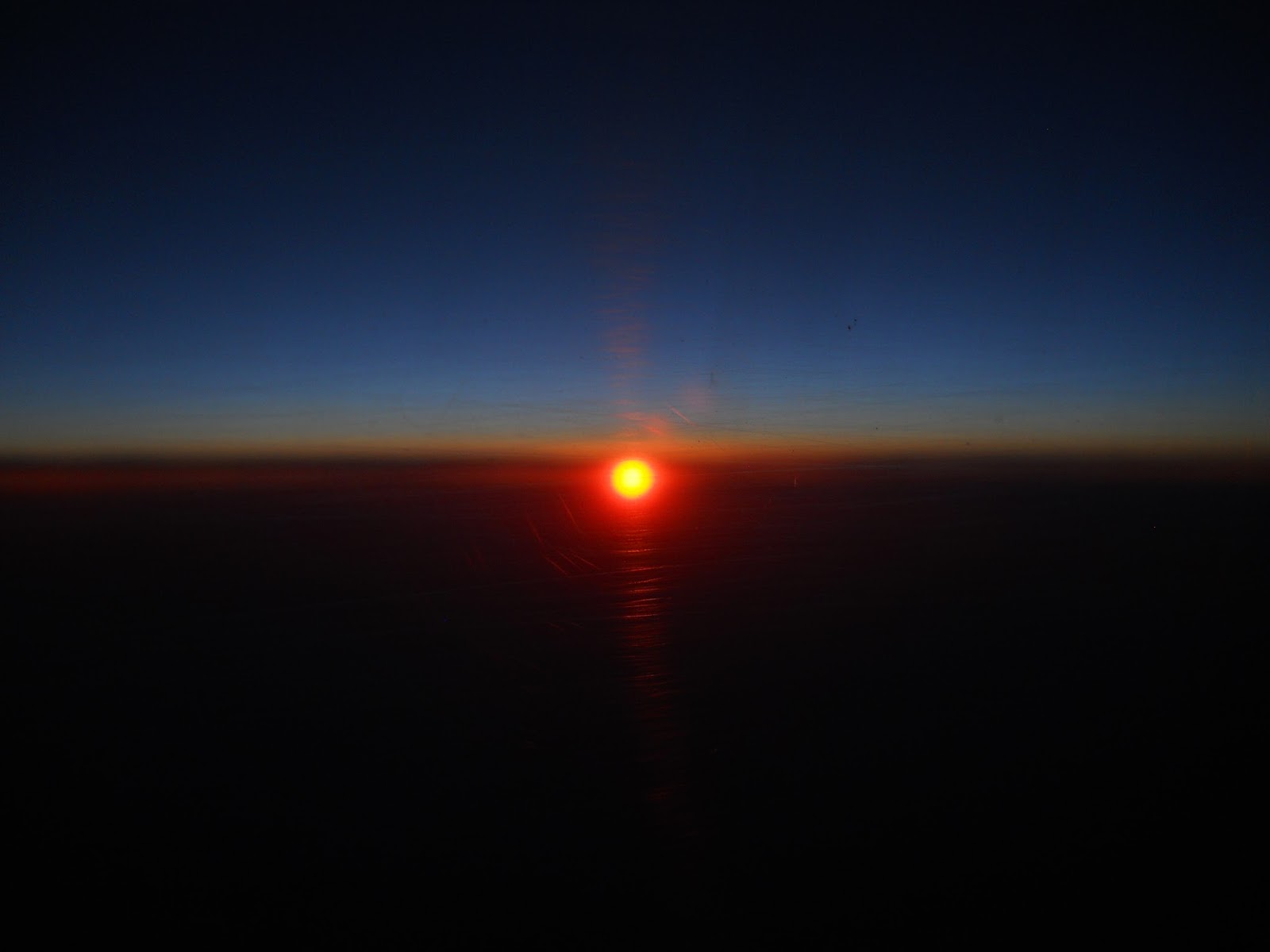 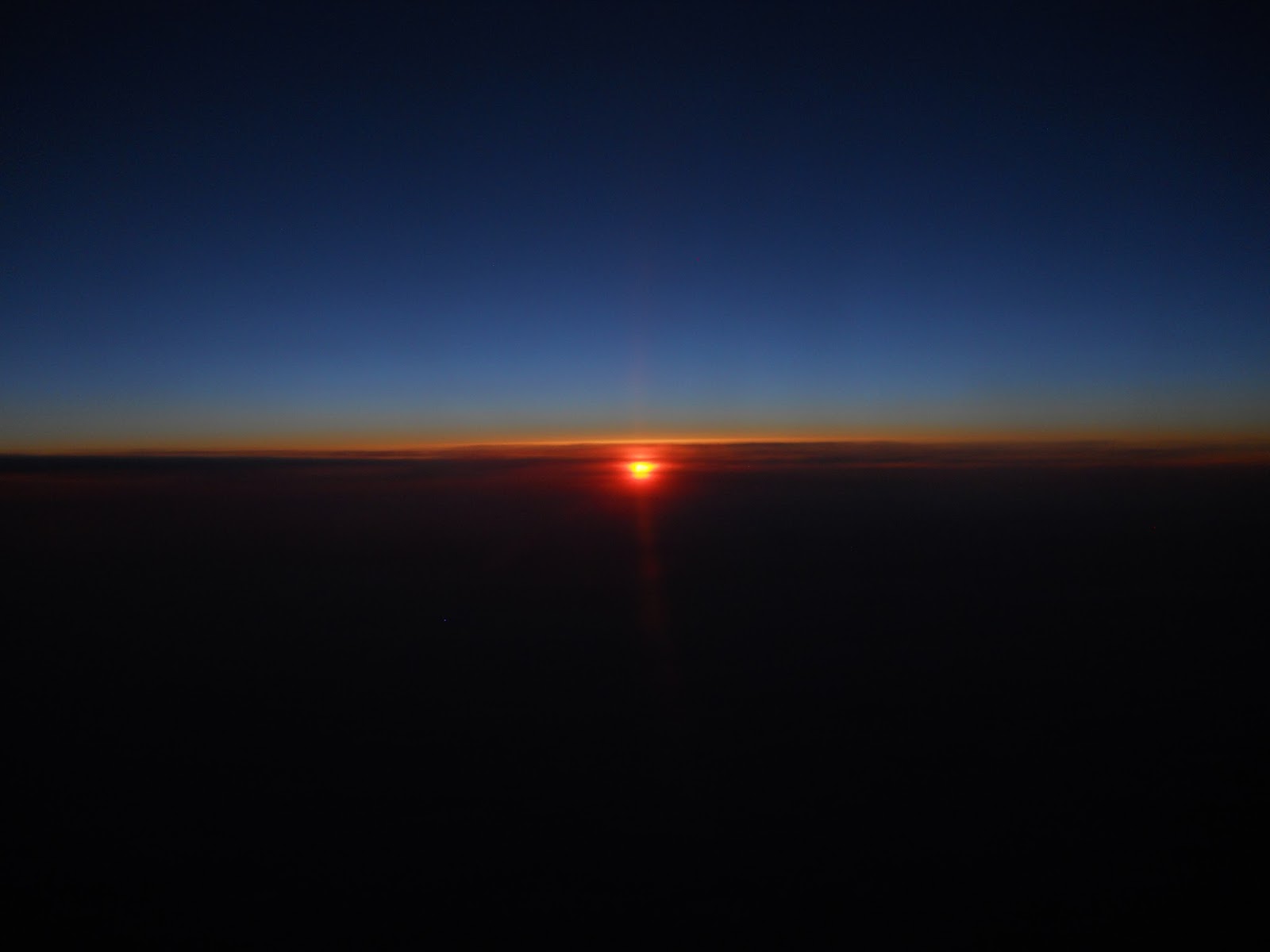 We are on-the-ground in Hong Kong .. 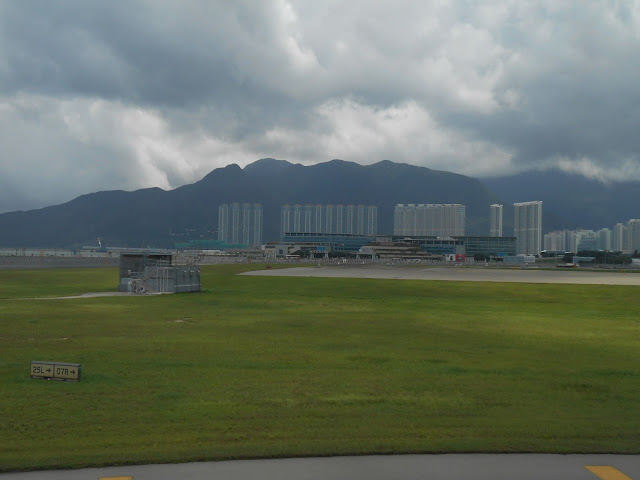 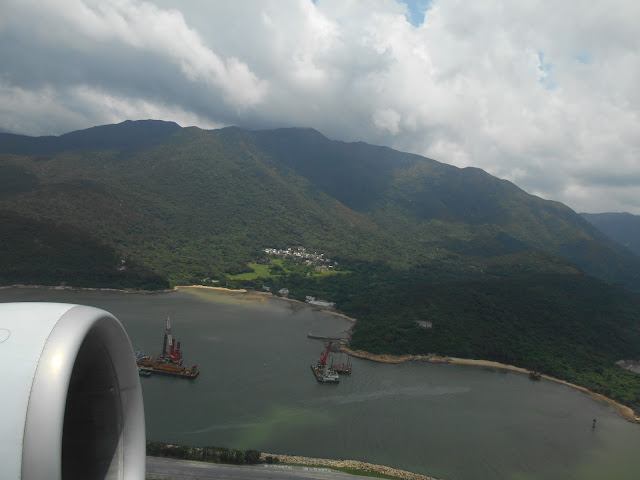 It was a very nice flight .. Thanks 'Zilla for the upgrade.

Smiles from Cap and from Patti ..

Post Script .. In tiny words .. Maybe no one will notice !  In a perfect world .. I would have put this Post up at the beginning of my Hong Kong photographs.

Below this Post is a Post showing Hong Kong Buses and Trams (NOV 18, 14 .. PHENOMENAL HONG KONG PUBLIC TRANSPORTATION).  IF YOU CARE TO DO SO .. revisit the below Post and you will see that I have added a number of new photos since I published it yesterday the 18th.  Specifically I added a number of photos showing shots of people in the Hong Kong MTR .. Hong Kong's underground subway system.  I am having one deuce-of-a-time with this Jet Lag.  It must be my age.  /s/  Cap and Patti (who is sleeping).

Go ahead now !  Just scroll on down to see the revised Post !