Directly across the street from the Salisbury Road YMCA is a very nice building with a very nice surrounding area.  In this post I want to share with you yet another example of the beauty that abounds here in this densely populated urban city area.

The Former Marine Police Headquarters Compound (Chinese: 前水警總部), constructed in 1884, is located in Tsim Sha Tsui, Kowloon, Hong Kong. The site is now officially renamed as 1881 Heritage.
The Kowloon compound used to be occupied by the Marine Police, now a unit within the Hong Kong Police Force, since its establishment in late 1996; when it was moved to Sai Wan Ho.
The compound is a declared monument since 1994 as it is one of the four oldest surviving government buildings in Hong Kong. The Compound and the Old Kowloon Fire Station have been re-developed into a heritage hotel with food and beverage outlets and retail facilities in a project headed by architect Daniel Lin, it opened in 2009.

Photo 3 below shows this building straight-on. 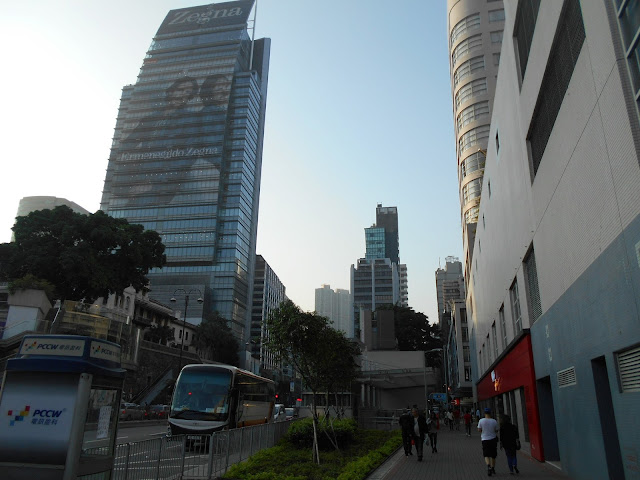 Here is another view of the above area as seen from the 9th floor of the Salisbury Road YMCA. The 1881 HERITAGE building we are focusing upon is out-of-the-below photo to the extreme right. At the bottom of the below photo you can see a 'garden-like' area that we will now take a closer look at. 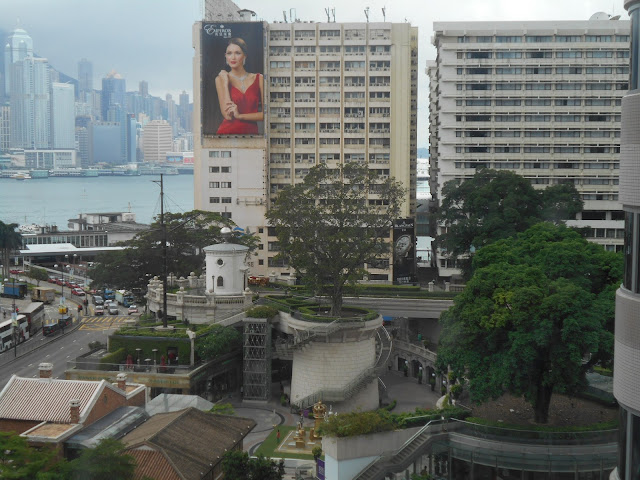 Below you will recognize the building we are talking about in the first photo above. 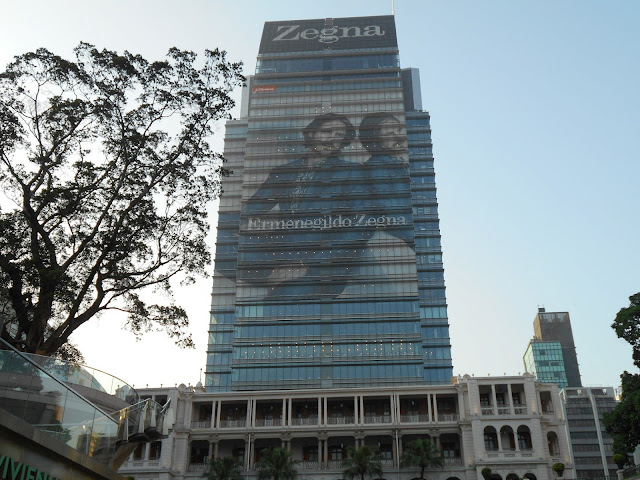 Dropping my camera straight down and snapping a photo we now see the garden-like area I mentioned above directly in front of us.  Notice the beautiful fountain at the bottom of the below photo. 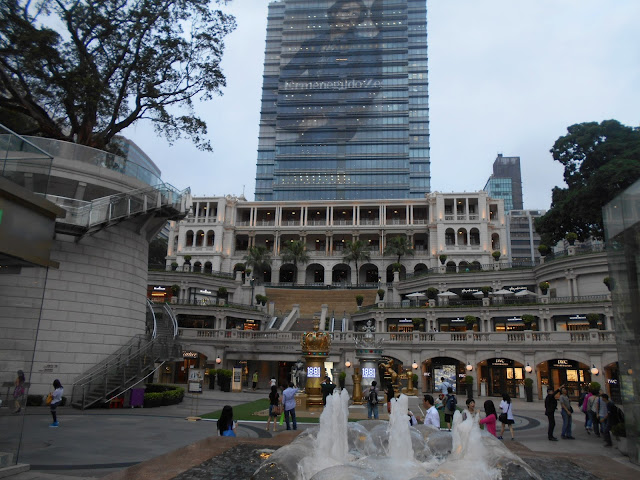 Below we take a closer look at the above scene.  The corner of the fountain above is to our immediate right in the lower corner of the photo below. 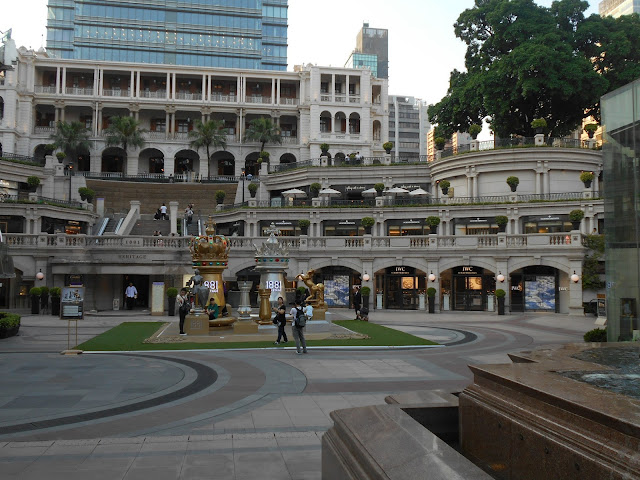 Walking straight ahead and up the steps to the raised level in front of us .. the below photo looks-up at 'our' 1881 HERITAGE building. 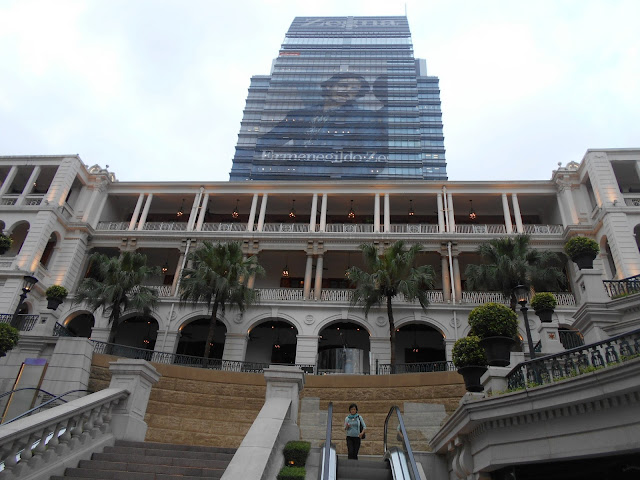 Now we continue up-the-escalator in front of us and we turn around 180-degrees and snap the below photo looking back towards where I was standing when I snapped the above photos 3-4-5. 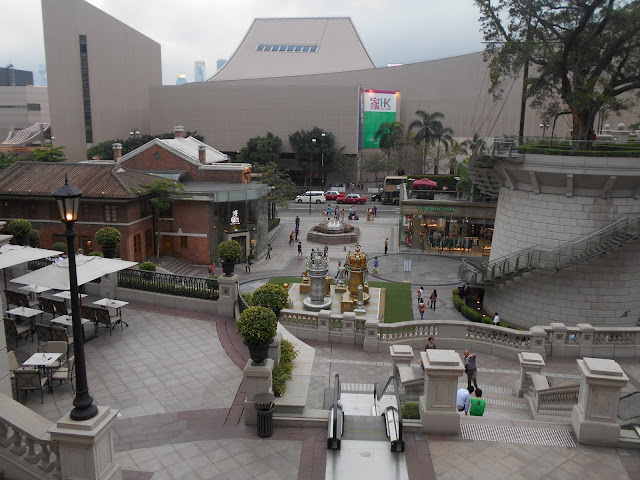 Below is a closer-look at the above scene. 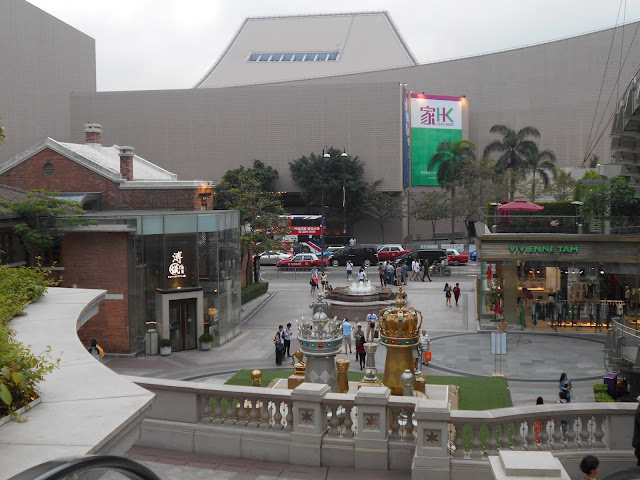 Directly in front of you above are a silver-colored and a golden-colored 'crown'.  Below is a close-up photo of these crowns. Between them in the background is the fountain I showed at the bottom of photo 4 above. 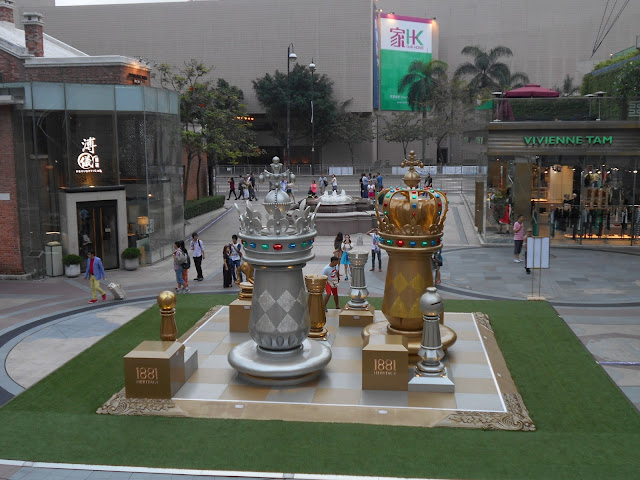 Straight ahead of you in the above three photos you see a tan-colored building in the background that slopes-up-to-the-right. In the below photo this building .. The Hong Kong Cultural Center .. is on the lower left. You have seen this building many times in the below view from the YMCA's 9th floor. 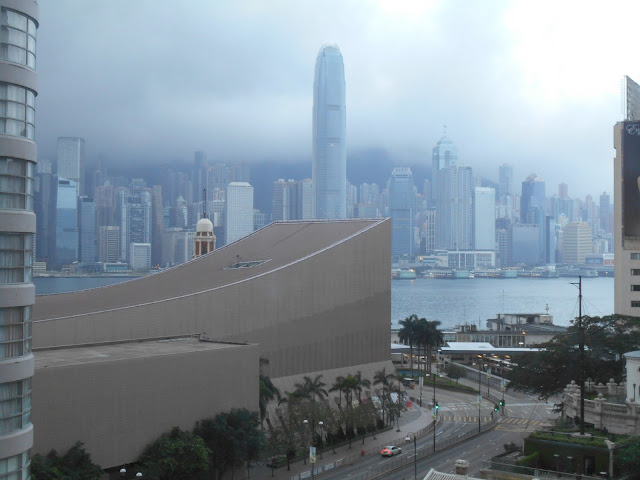 I KNOW .. to make-sense of the above photos you will have to go back-and-forth several times from one to another.

BUT I HOPE that you get-the-impression that this is a beautiful area centered right-smack-dab in the midst of this intensely crowded urban area. 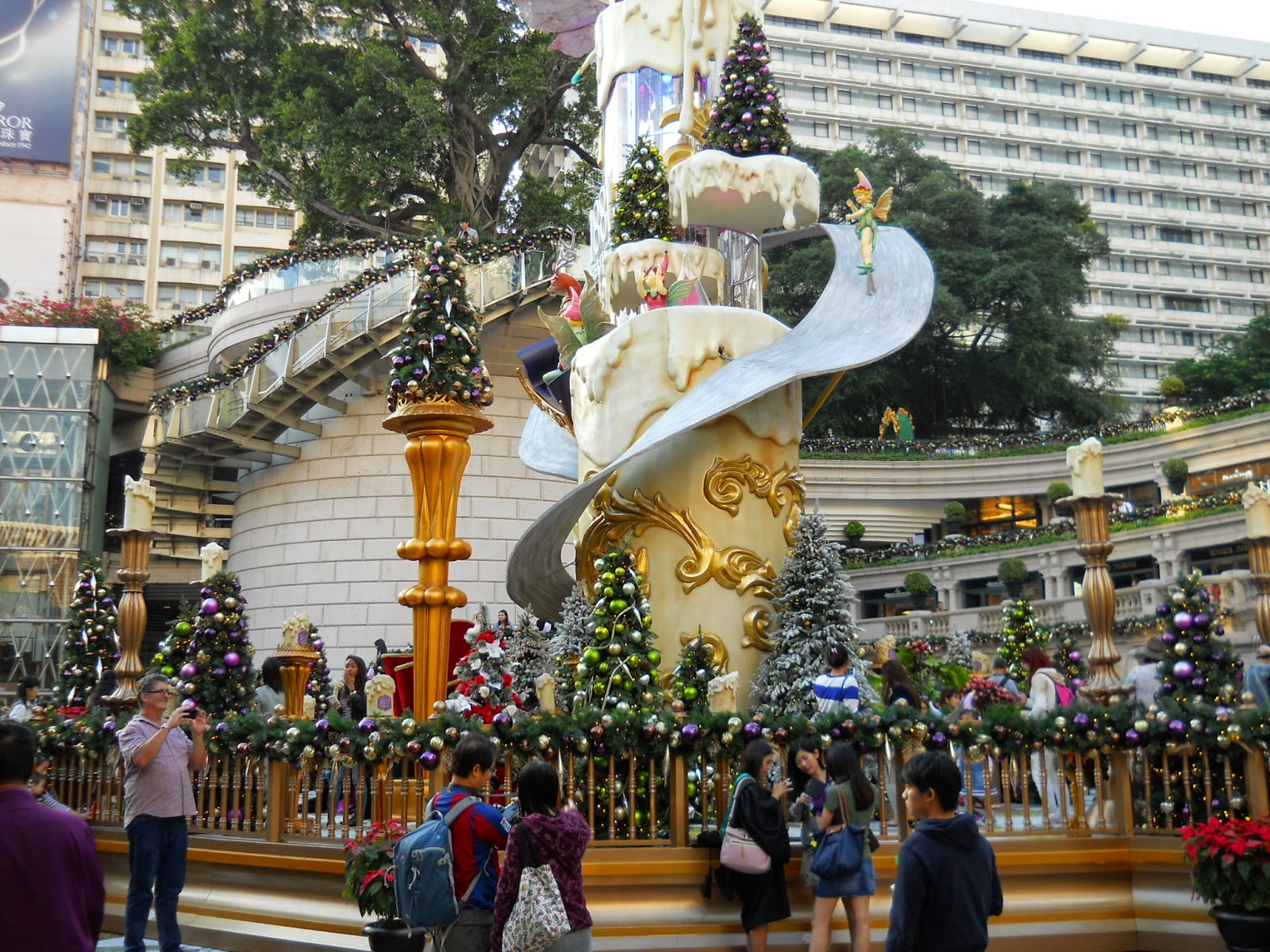 Patti .. the look on your face says-it-all! 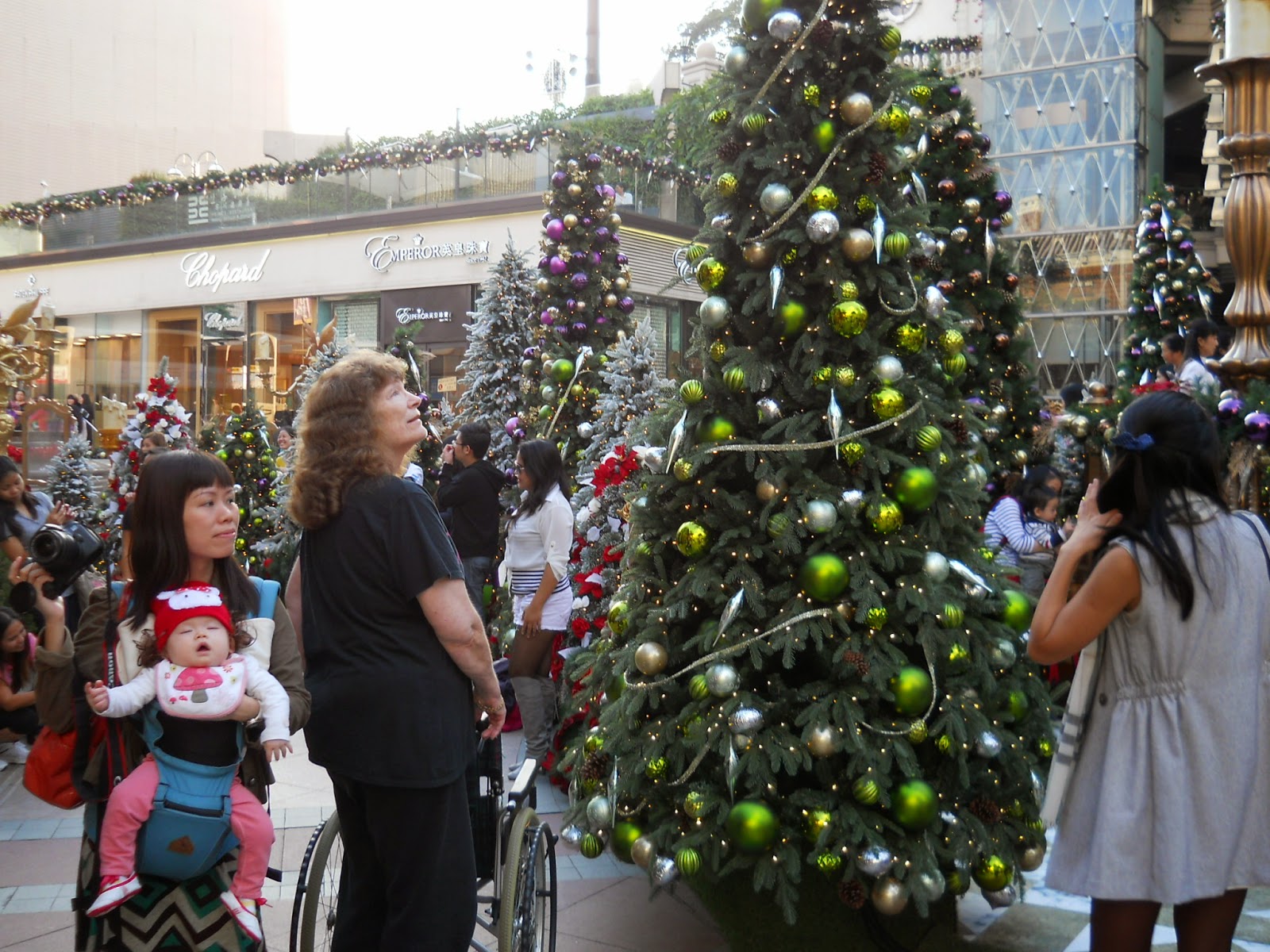 Patti have you by chance been wondering when or even IF I was going to get to these photos?

The below photo clearly shows you the 1881 HERITAGE sign. Look at the wonderful storyland characters! 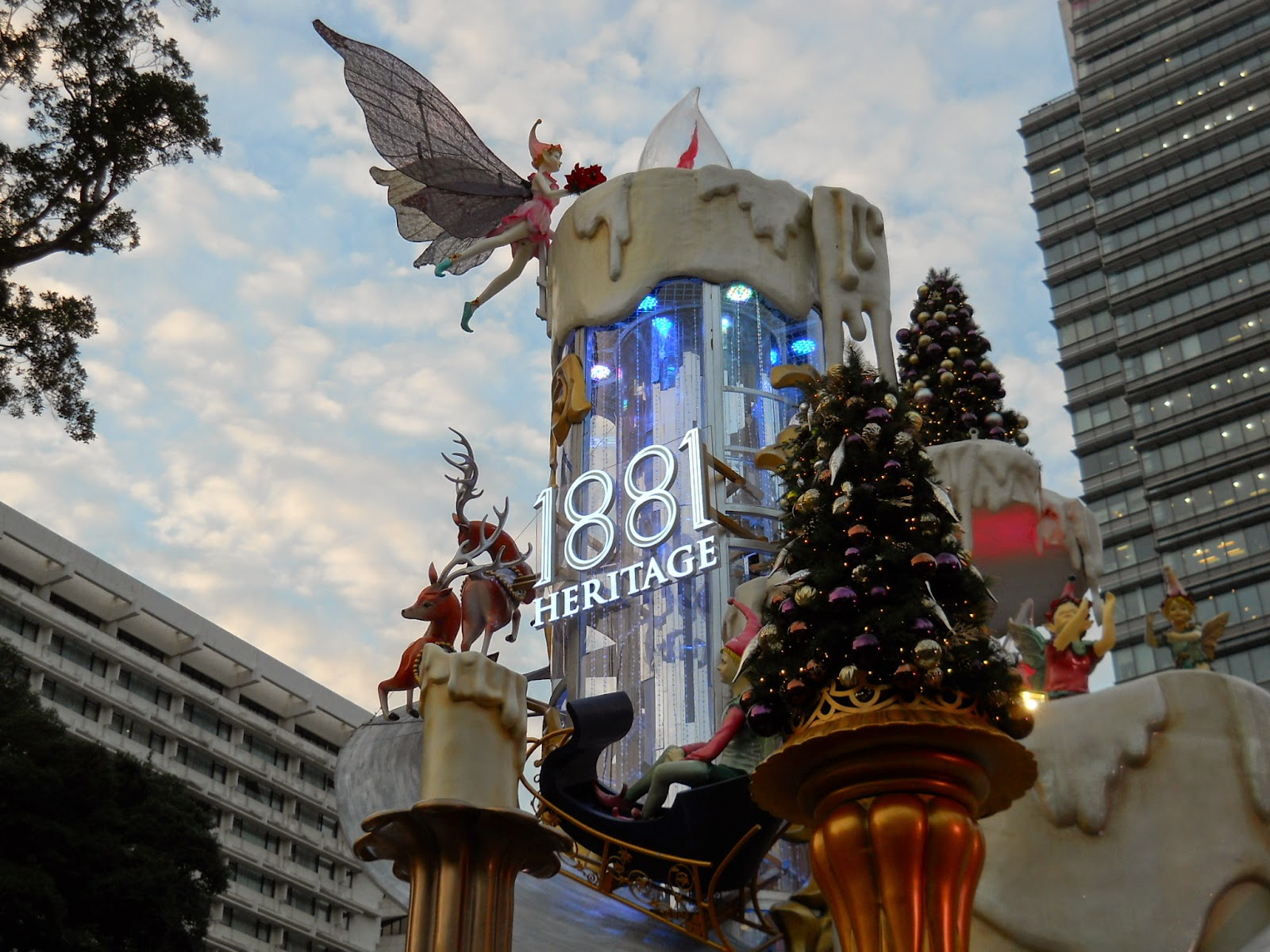 Again you all can see the 1881 HERITAGE sign visible on the face of the large candle straight ahead of us below. This entire venue is AMAZING! 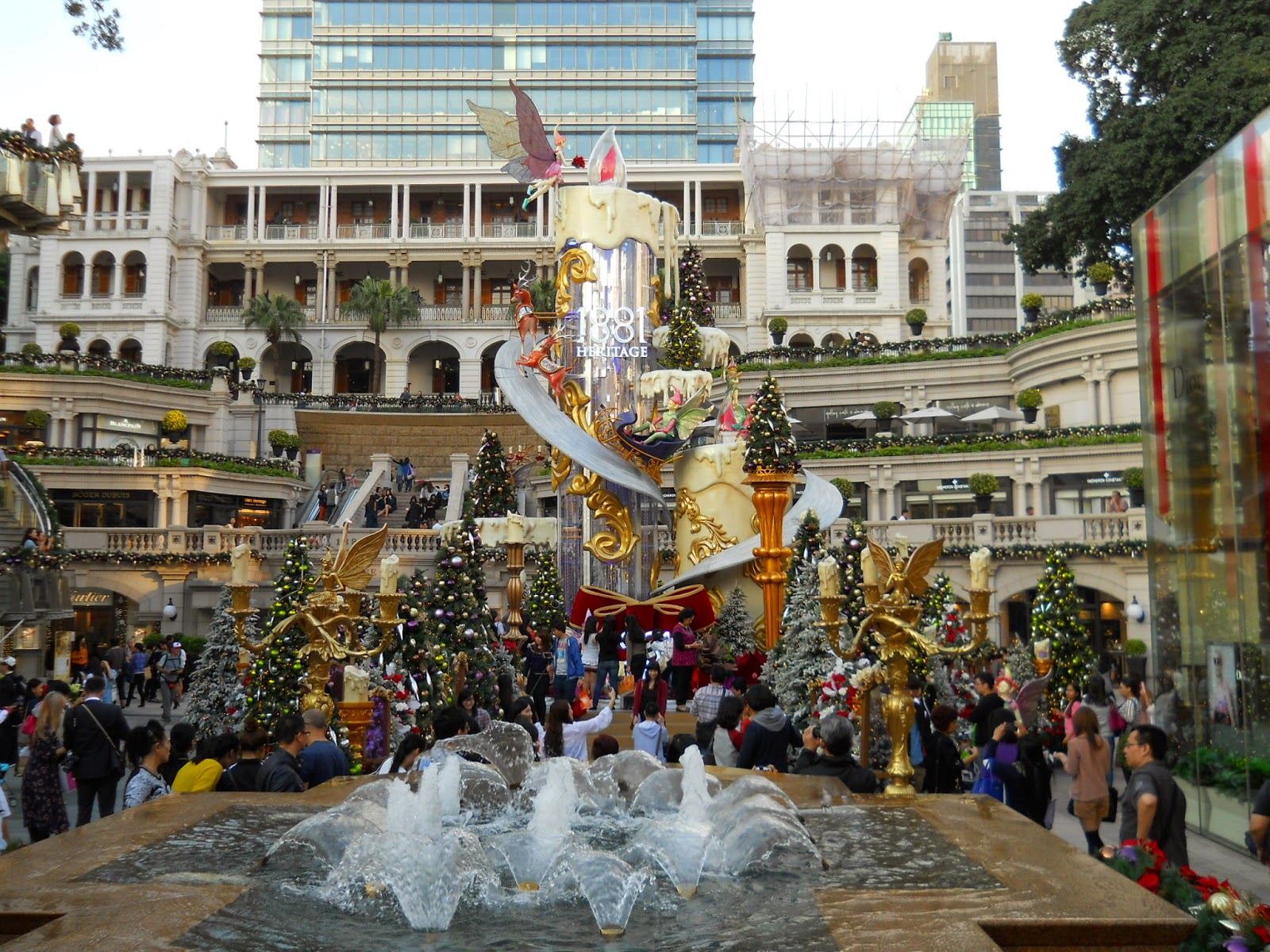 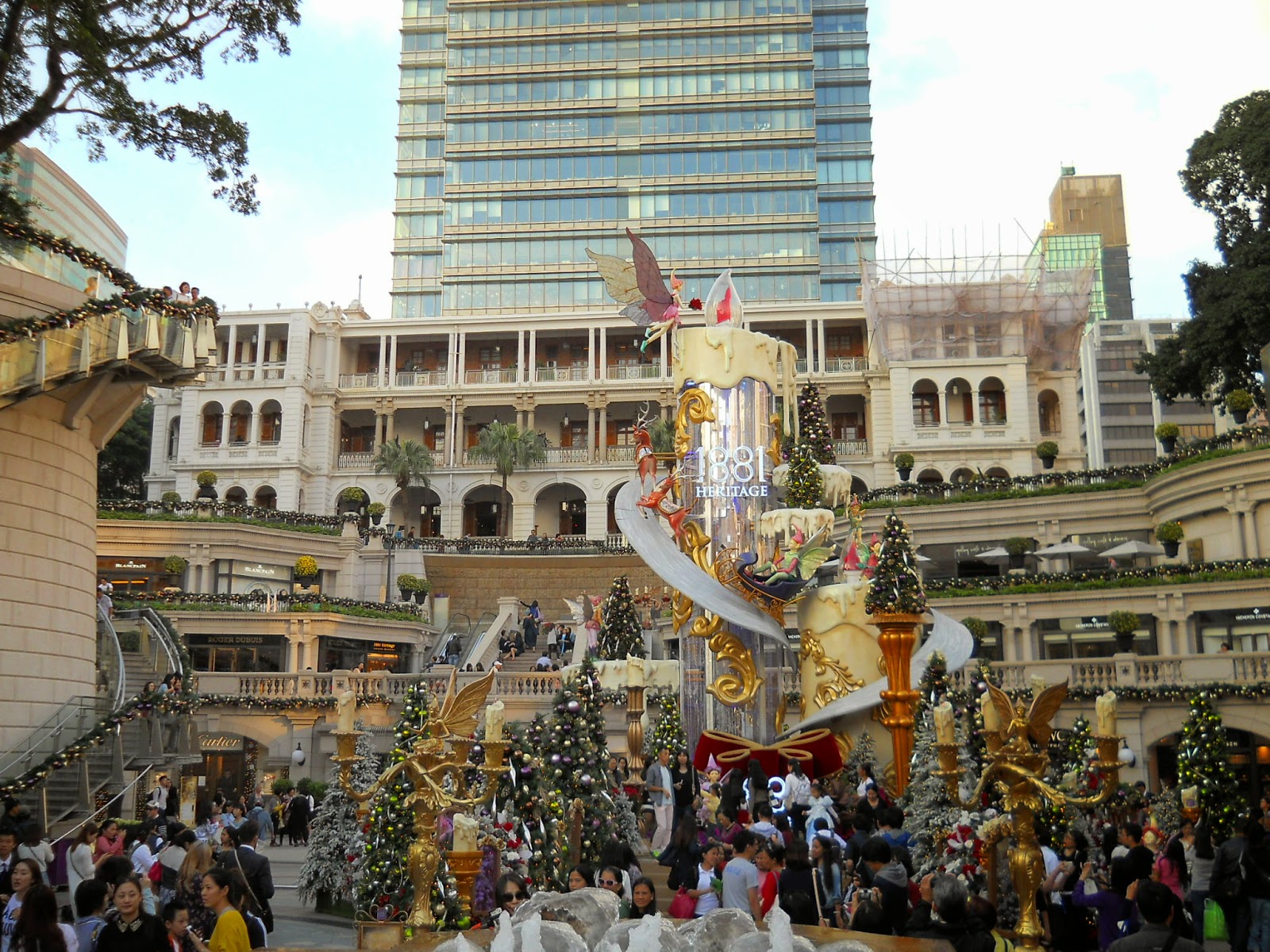 The two photos below look down upon 1881 HERITAGE from the 9th floor of the YMCA. 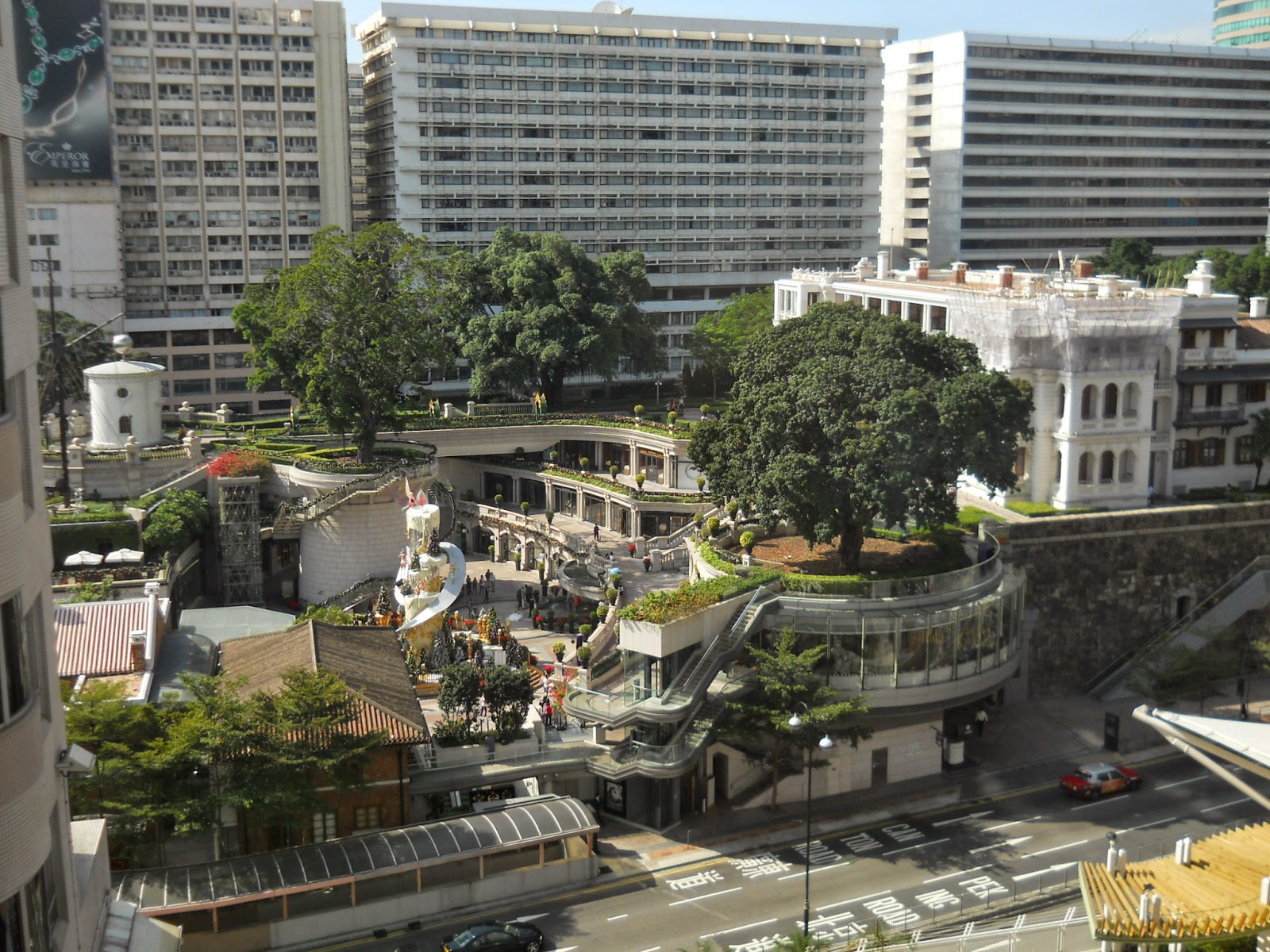 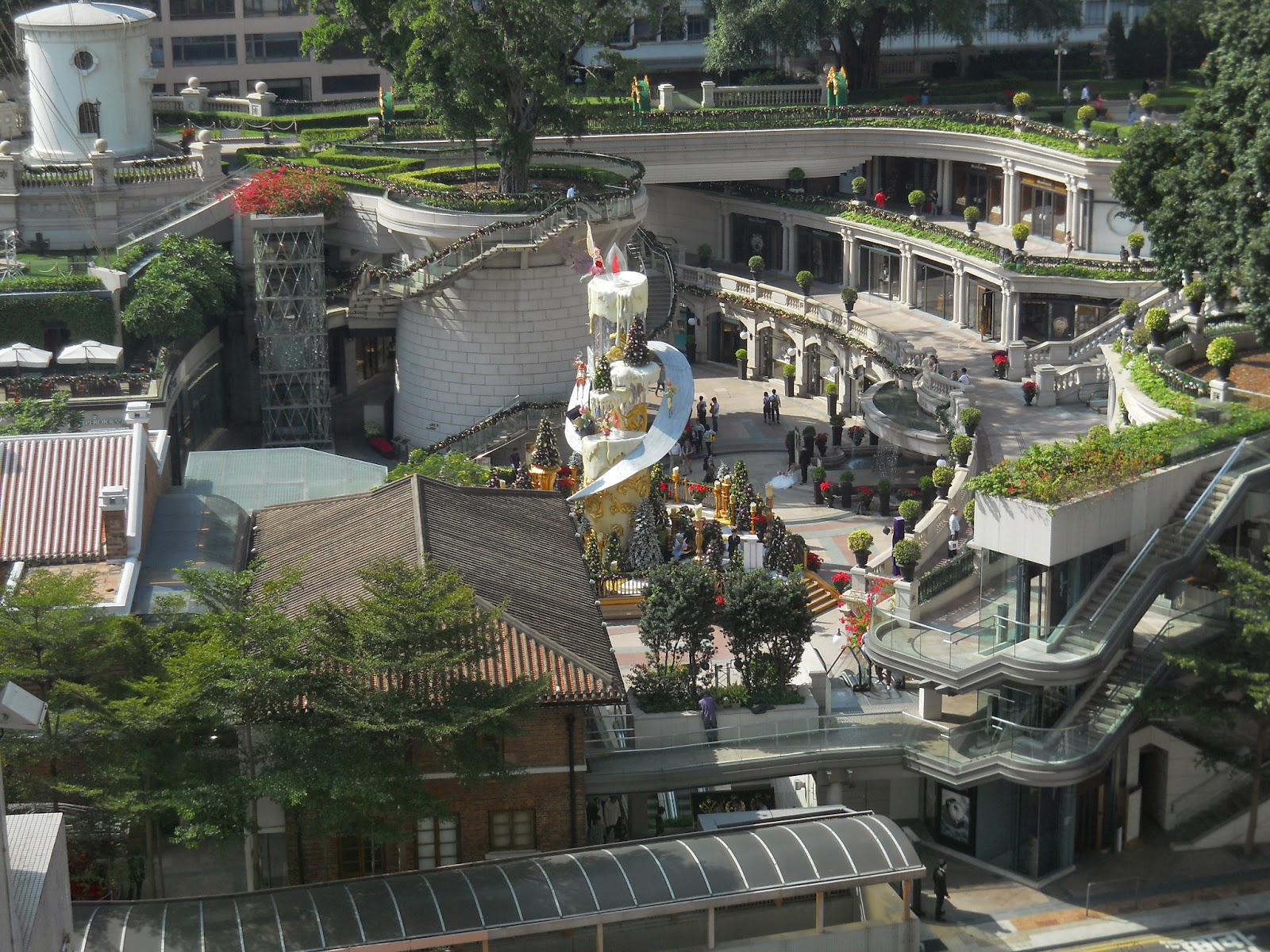 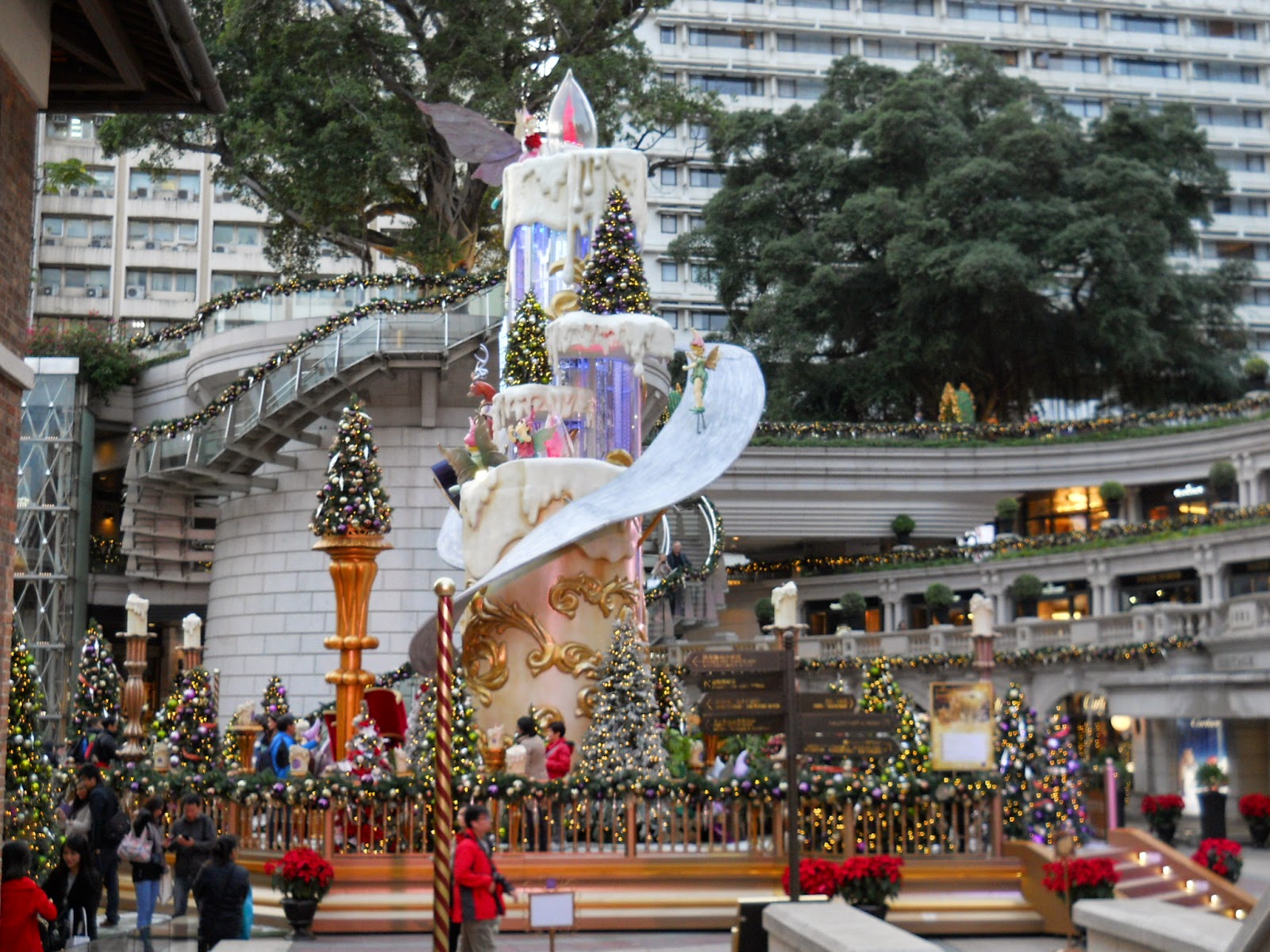 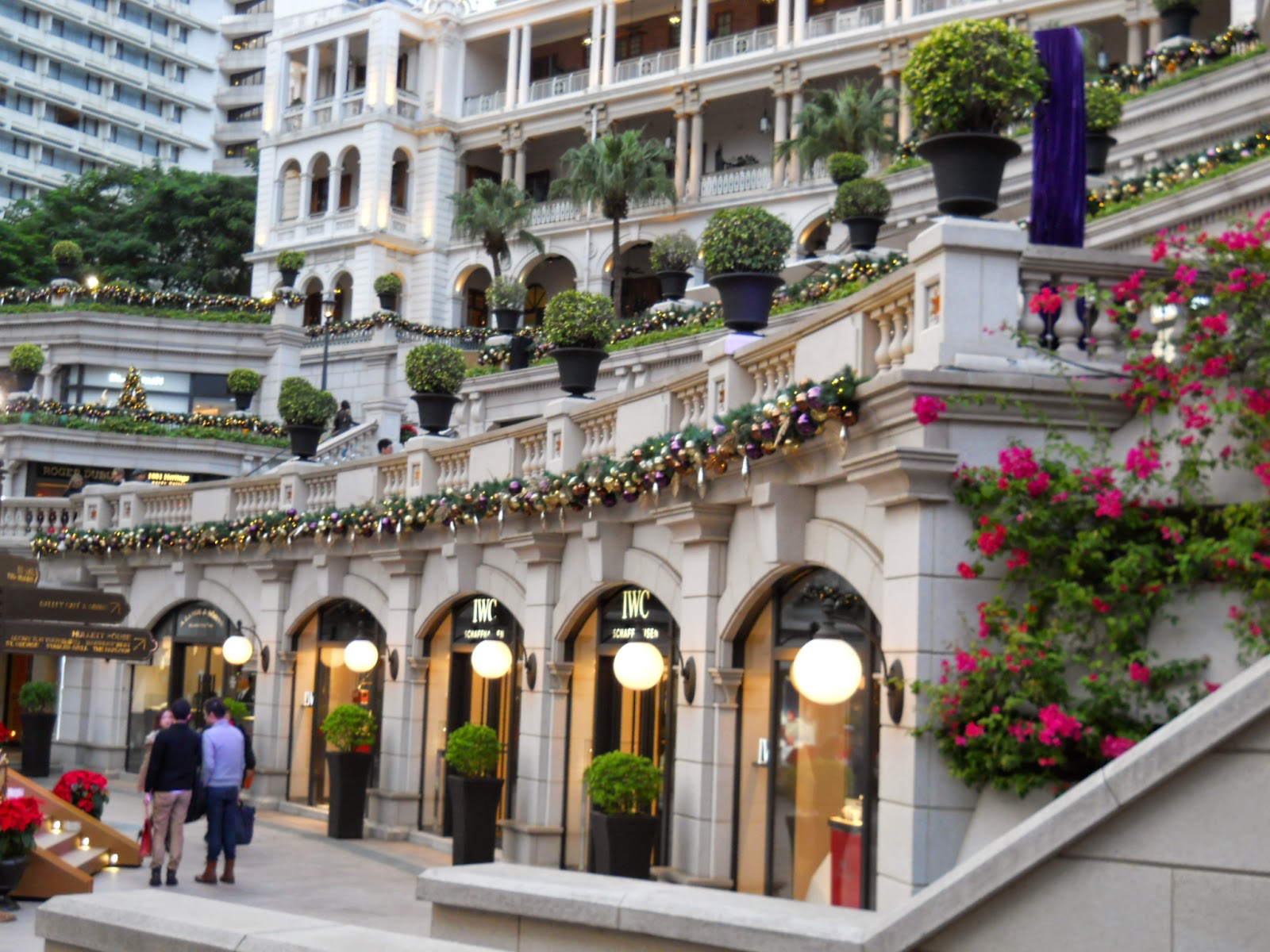 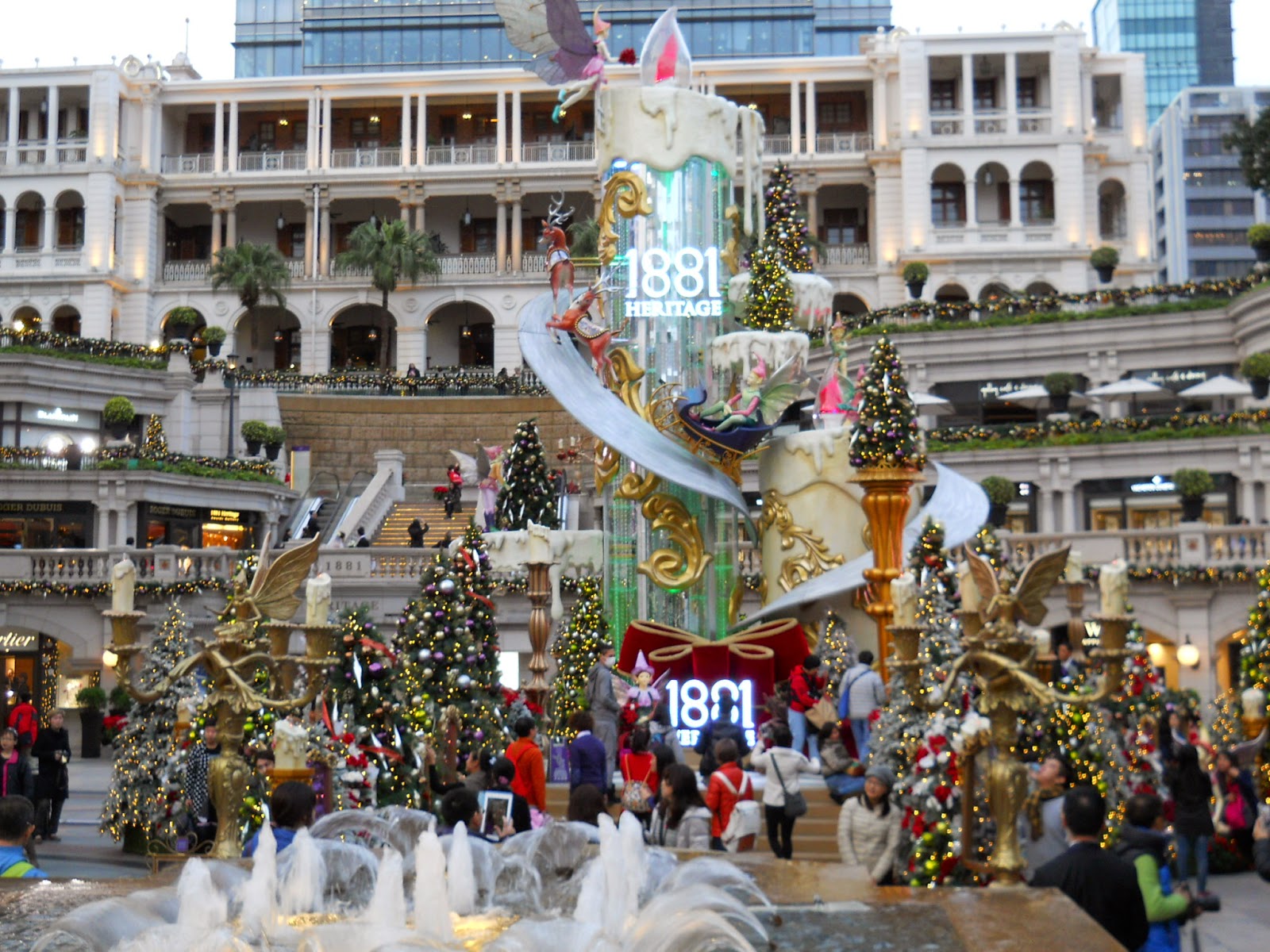 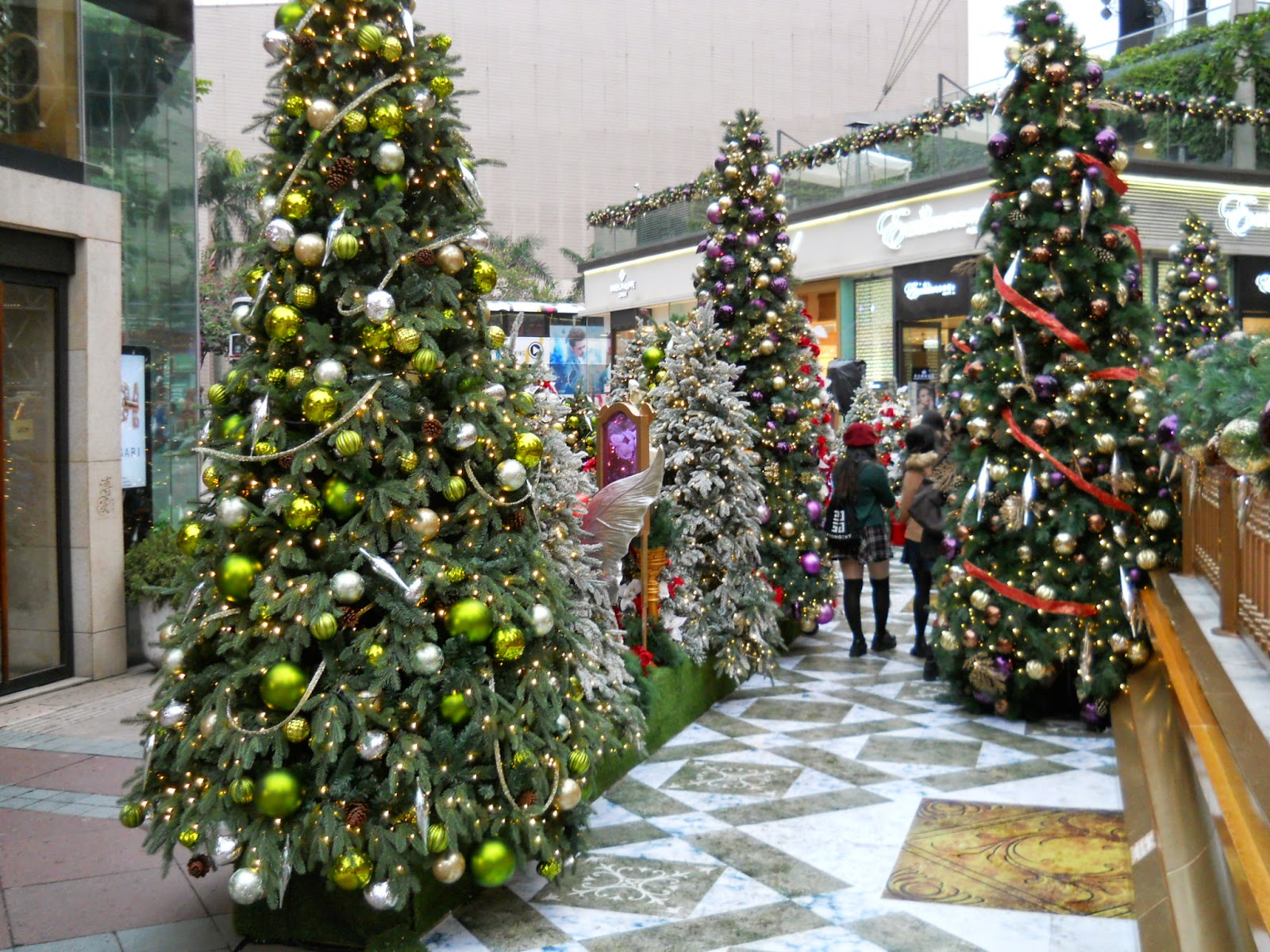 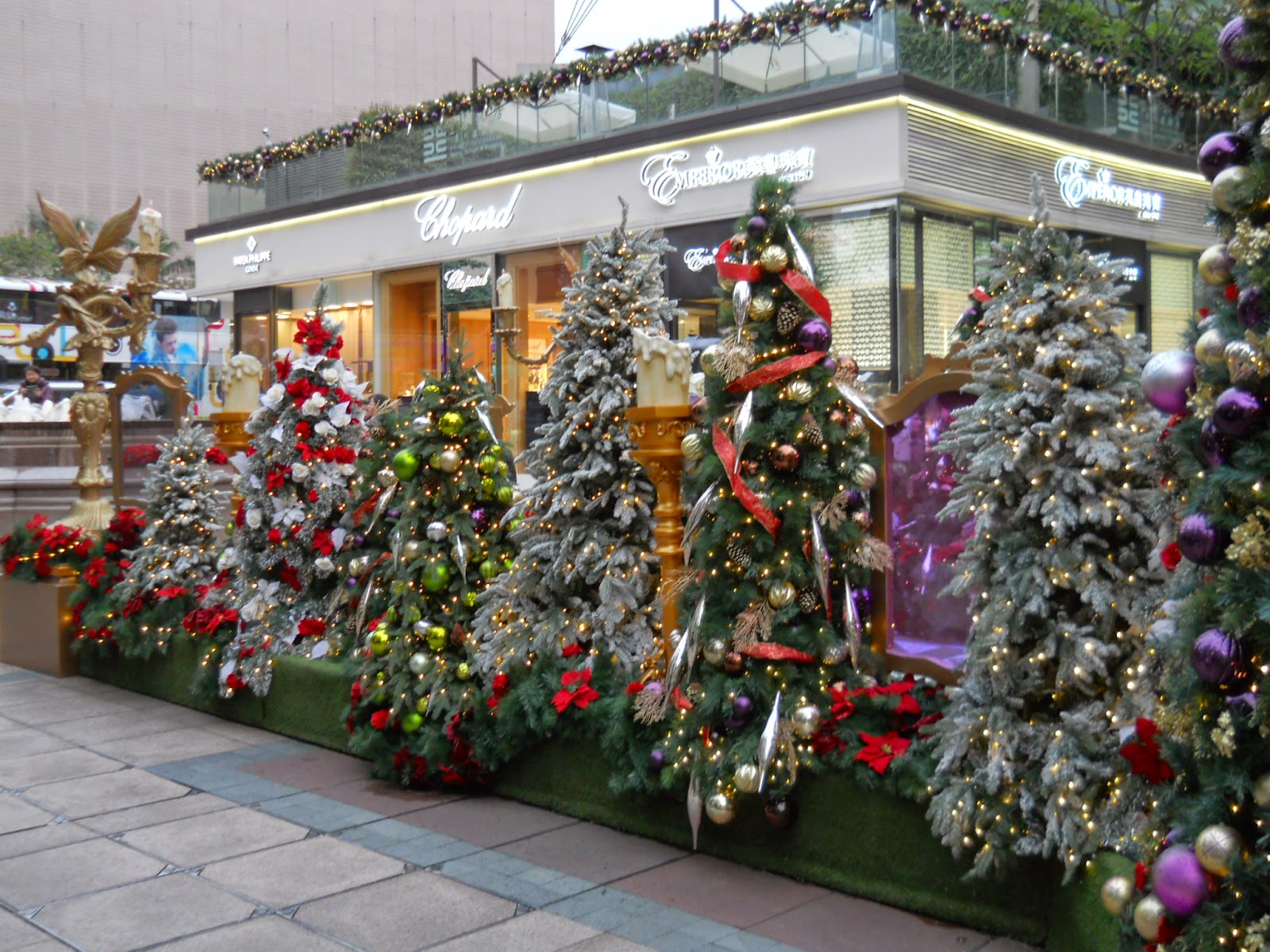 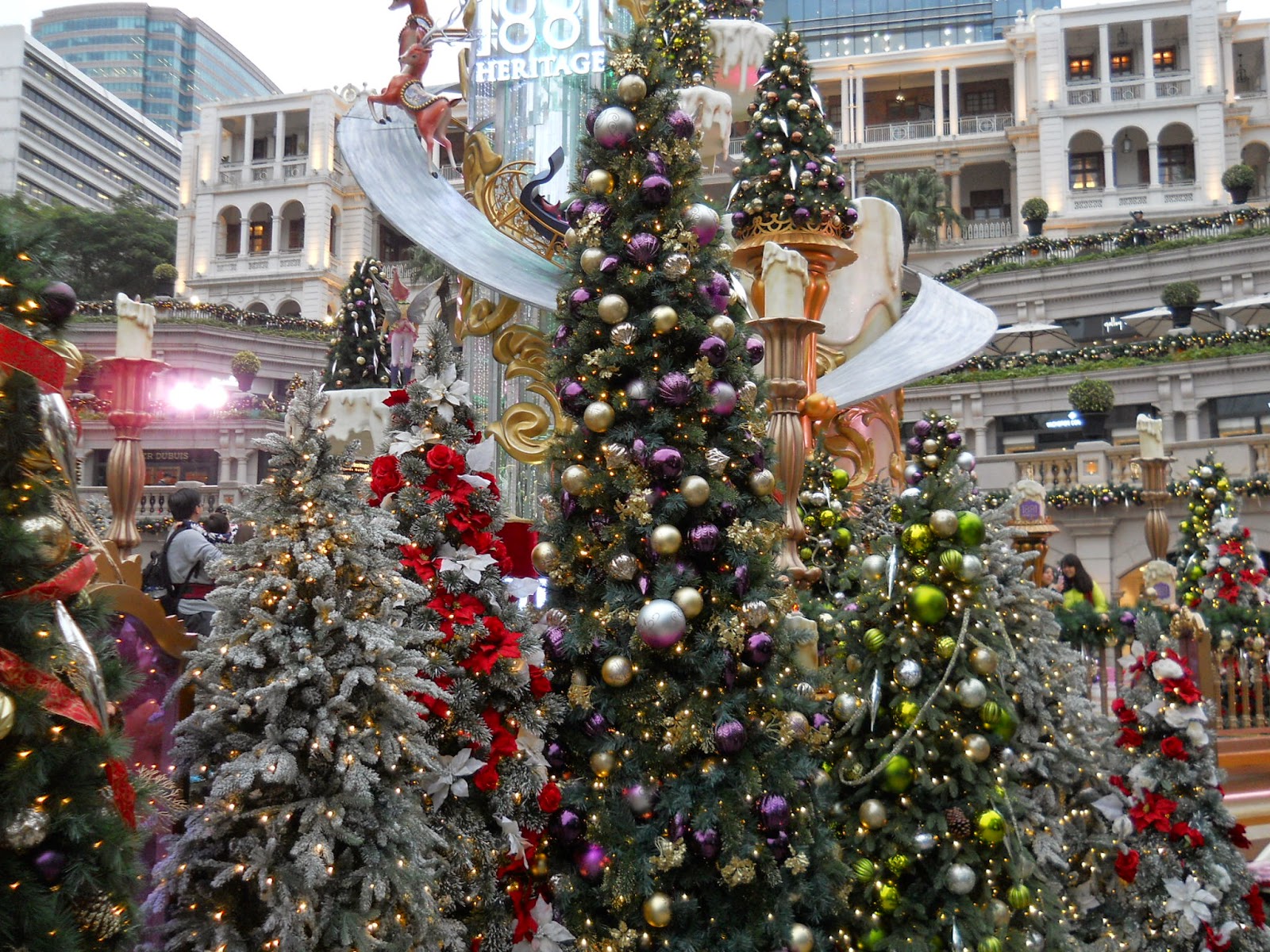 I am not going to add anything more .. I don't need to do I?