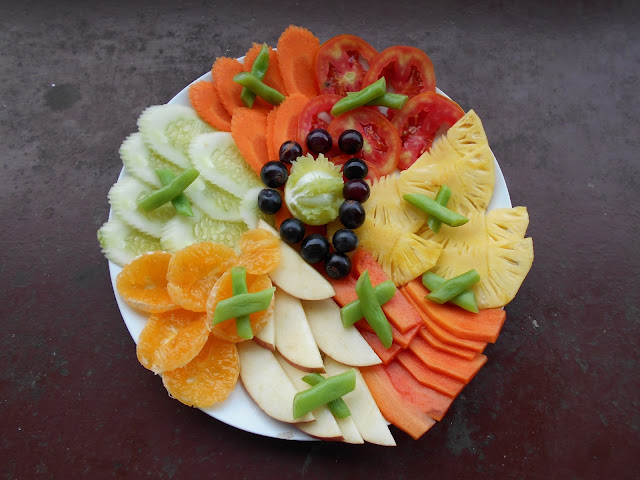 On Sunday .. 10 March 2013 .. I photographed what was then my second Thai Fruit and Vegetable Salad at the Daily Bread Restaurant here in Pondicherry.  I did not photograph my first salad because it just-snuck-up-on-me!  It stunned me and I just ate each and every bite and totally enjoyed it.  The thought to photograph that first salad never entered my mind.

But on 10 March I was primed-and-ready to photograph the salad if it was as good as my first salad.  It was and I did.

Now for seventeen (17) consecutive days I have photographed the salads I have gotten at Daily Bread.

In life few things are totally equal.  So it is with my salads.

IF TODAY'S SALAD WAS THE FIRST SALAD OF THIS TYPE I HAD EVER SEEN .. IF I HAD A CAMERA .. I WOULD HAVE PHOTOGRAPHED TODAY'S SALAD!

It is not quite as fancy as some of them have been.  BUT in the world of salads .. today's salad would rate a photograph! 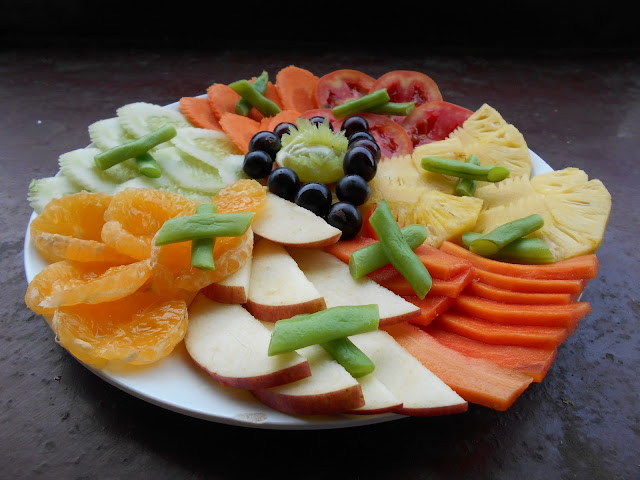 To say that tomorrow .. when I leave Pondicherry .. I will miss my daily salad is a great understatement!
Posted by Cap at 03:37