"The French word oui in the title above means yes in French 'Zilla.  So Oui Oui means YES YES !  Oui is pronounced as 'wee' !"

'Zilla your questions sure enhance this web site!  Not everyone knows what 'oui' means!

Below are three of my most favorite .. FRENCH-influenced-establishments .. here in Pondicherry!

Bon Bakes (new to you) is at the end-of-my-block!  Daily Bread (new to you) is next door to Bon Bakes.  Past the large-square-green sign in the below photo .. you can make-out Hot Breads.

Four photos below is a little better photo showing Hot Breads up the street. 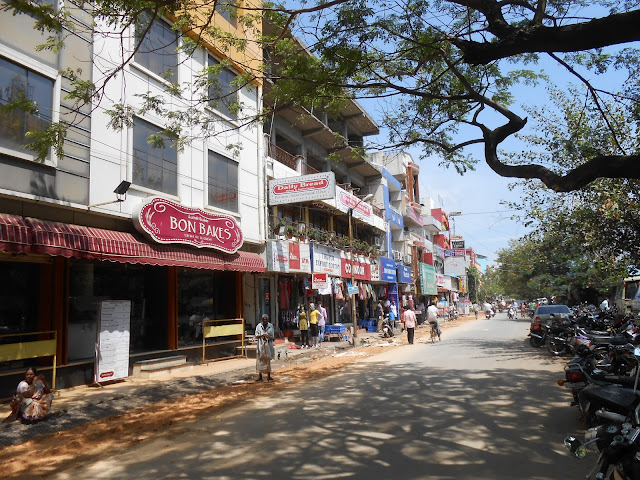 Hot Breads you have seen in several Posts.  But Oui Oui Hot Breads! 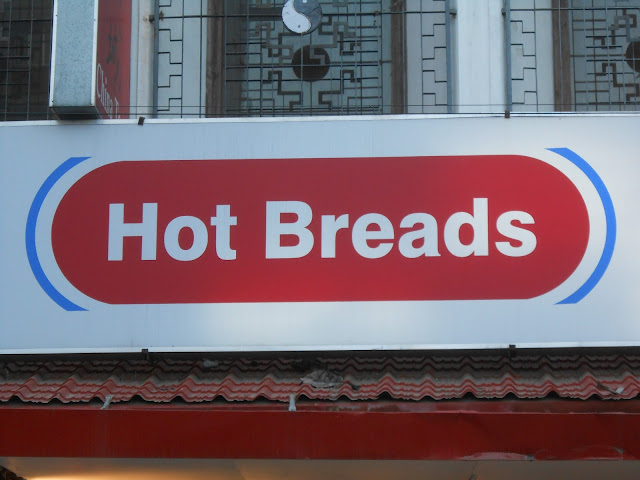 And again the front of HOT BREADS ! 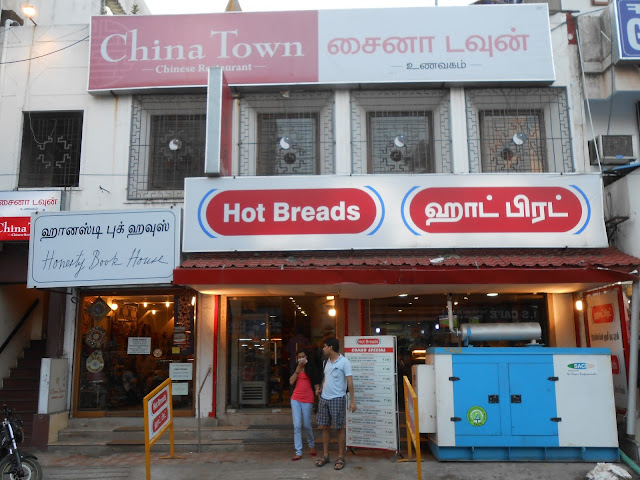 BON BAKES IS NEW TO YOU ALL !

Creme De La Creme !  THE cream of the cream !  The deserts in Bon Bakes are oh-so 'naughty' !  Decadent and Outrageous say it better! 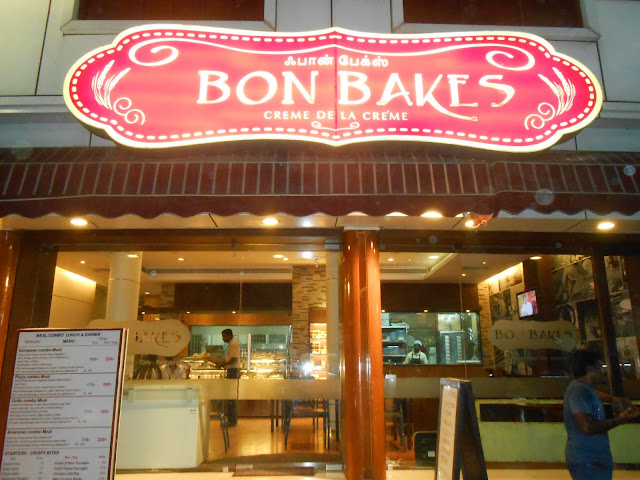 Right next door to Bon Bakes .. on its right in the below photo .. is a new-to-you restaurant .. Daily Bread !

Goodness the French LOVE their bread and pastries!

The below photo shows you all three a little-bit-better than the topmost photo above.  Just past the large-square-green sign you can see Hot Breads! 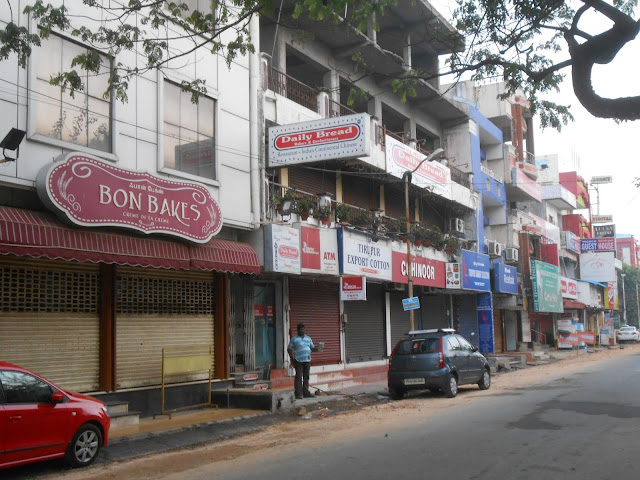 And now I want to 'zero-in' on Daily Bread.

Vive la France and their BREAD !  You have Hot Breads and Bon Bakes and now you have DAILY BREAD !

Below is Daily Bread's sign located above its entrance stairway. 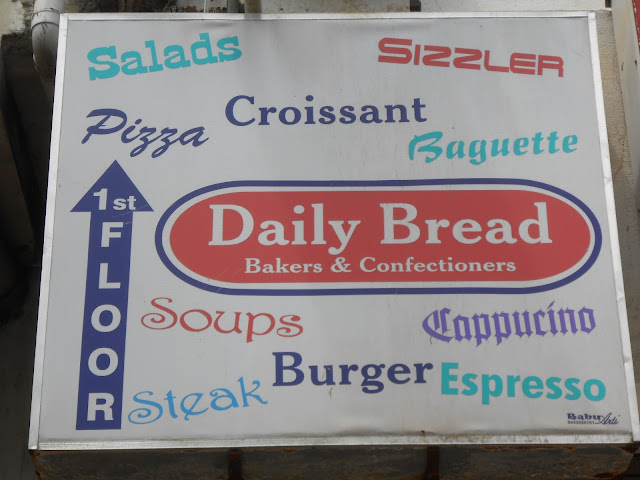 And below is a frontal view looking at Daily Bread which is on the second floor above the street .. between its sign and the sign reading COHINOOR.  You walk up-the-steps you see on the left side of the below photo underneath the square sign I showed above. 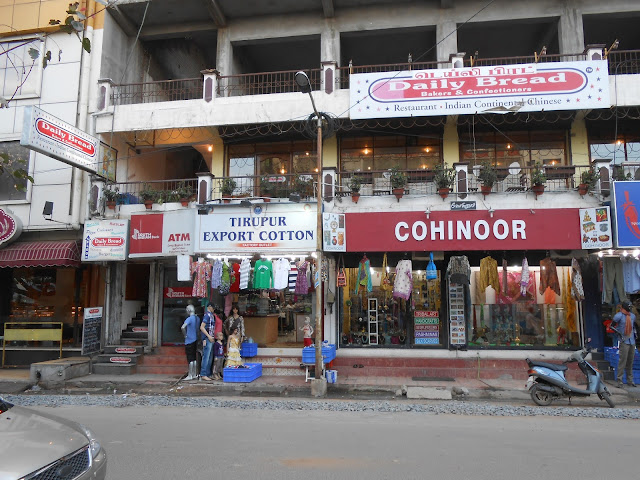 OK .. I have gotten you introduced to Daily Bread.  I am now going to sign off this Post and immediately begin a Post centering on Daily Bread!
Posted by Cap at 03:36